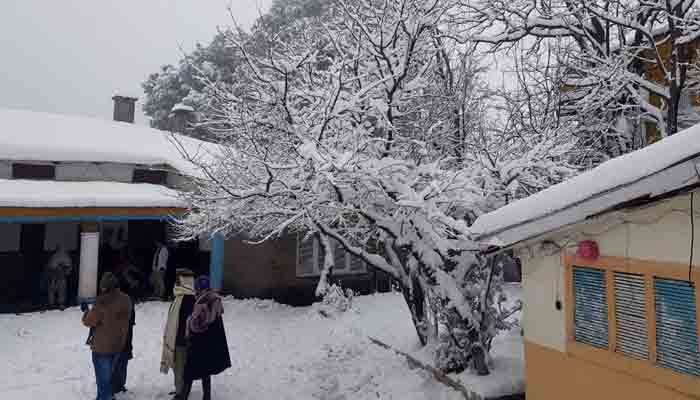 RAWALPINDI: Rawalpindi district administration on Thursday issued a travel advisory to the tourists to get weather updates and traffic-related information prior to travelling to Murree from control room on 051-9269016.

According to a district administration spokesman, the new travel advisory had been issued for the tourists advising them not to make unnecessary trips to Murree and its adjoining areas during the current spell of rain and snowfall. He informed that the Met office had predicted that another weather system is likely to enter upper and central parts of the country on Friday.

Under the influence of this weather system more rain-thunderstorm with snowfall over the hills are expected in Rawalpindi, Attock, Chakwal, Jhelum, Murree, Islamabad and other areas from Friday evening to Monday morning. The Met Office had also informed moderate to heavy snowfall at isolated places in Murree, Galliyat, Nathiagali and other areas on Saturday and Sunday.

Heavy snowfall may cause road closures in Murree, Galliyat, Nathiagali and other areas on Saturday and Sunday therefore the tourists had been advised to follow the instructions being given at Murree Toll Plaza to the tourists, he said adding, strict action in accordance with the law would be taken against parking rules violators.

Heavy falls may cause urban flooding in Rawalpindi and other areas during the weekend. There is also possibility of landslides in the vulnerable areas of Murree, Galliyat and other areas.

He informed that the prevailing dense foggy conditions are likely to subside in plains of Punjab during the period. Rawalpindi District Administration had set up a special control room in Deputy Commissioner Office to facilitate the people particularly tourists, he added.

The control room would work round the clock till Jan 25 under the supervision of Incharge Assistant Commissioner, Headquarters Anishah Hashmi. The citizens can contact the control room on 051-9292963.

The personnel of Punjab Police, Traffic Police, Rescue-1122, Forest Department, IESCO, Civil Defence and other departments concerned would remain on duty in the control room. He said that comprehensive traffic plan was in place ahead of predicted snowfall in Murree. Traffic Police helpline 051-9269200 could also be used in emergency, he added.

All the authorities concerned had been advised to remain alert and also take all necessary precautionary measures during the forecast period to avoid loss of life and property, he added.

In addition to 268 personnel of the district police that were deployed to facilitate the tourists, three DSPs, 20 inspectors, 125 traffic wardens, 100 traffic assistants and 20 district police tourist guides were also deployed in the hill station, he said. Special pickets had also been established on all routes that lead to Murree to avert trouble and the tourists had been asked not to park their vehicles on the side of the roads so that flow of traffic remains smooth.