SRK and Leonardo DiCaprio next together on screen? 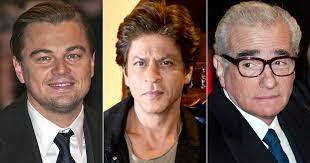 Bollywood’s biggest star Shah Rukh Khan, who has reportedly never appeared in any international ventures despite having a large fan base in the country, is alleged to have earned a job with Leonardo DiCaprio of Hollywood.

In a mafia drama titled ‘Xtreme City,’ created by Martin Scorsese, Bollywood’s beloved King Khan was slated to share the screen with the ‘Titanic’ hero.

Reportedly, Shah Rukh Khan has turned down several scripts in Hollywood, for not being interesting enough.

Hollywood producer David Weisman, writer Paul Schrader, and Bollywood screenwriter Mushtaq Shiekh arranged this meeting, for the discussion of an action-thriller where DiCaprio was supposed to essay the character of a cop, while a Bollywood star was offered to portray a gangster.

Mushtaq Shiekh once touched upon the project during a conversation, that, “It’s a different kind of film, one where both Indian and American protagonists are balanced human beings and the story treats them in their full complexity without either culture being diminished or taken for granted”.

“It’s a cross-cultural thriller aimed at Bollywood and Hollywood audiences.” And if we get it right, this will be a true worldwide entertainment endeavour,” Sheikh continued.

Unfortunately, ‘Xtreme City,’ a collaboration of Bollywood and Hollywood’s biggest performers, was shelved, and neither artist made a statement about it.

The film ‘Pathan,’ directed by Siddharth Anand and starring Shah Rukh Khan, is now in production and is set to release before the end of the year.