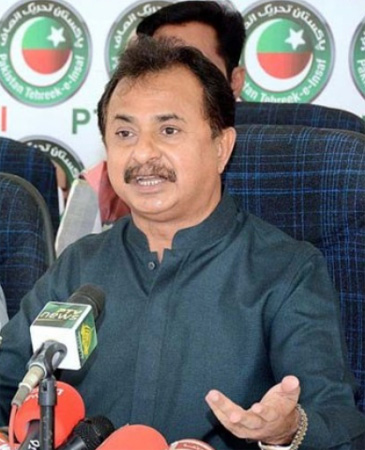 Leader of the Opposition in Sindh Assembly Haleem Adil Sheikh, while expressing concerns over presence of criminal elements in Sindh Police demanded for conducting scrutiny to purge the department of such black sheep.

Haleem Adil Sheikh, in a statement issued here on Wednesday, said that there were good officers in Sindh police but criminals must be exposed for controlling deteriorating law and order situation.

“How Farzand Ali Jafari, a person having criminal record, was appointed in the police and been in service for many years,” he questioned and added that Sindh Chief Minister, Inspector General of Police and Additional IGP Karachi have to answer the questions.

Jafari has allegedly killed a citizen Shahrukh Saleem during robbery and later committed suicide when a police party approached to arrest him.

Haleem Adil Sheikh stressed that the public must be informed that how a criminal had been working in the police for many years and under whose auspices did the official commit criminal offenses and despite having a criminal record, why no departmental action had taken against him.

He said that the law and order situation in Sindh has deteriorated drastically and only in the month of January, 5 civilians were killed during the robbery and 29 were injured. Meanwhile, 795 mobile phones had been snatched and more than 1135 motorcycles and 63 cars had been stolen in 18 days of the month.

Haleem Adil Sheikh termed incompetence of Sindh government and undue political influence over the civilian law enforcement agency as major reasons of deteriorated law and order situation in the province.

He said that after promulgation of Police Order 2019 Sindh Police has become a political force as appointments were being made in Sindh on political grounds and illegal works were being assigned to police officers.

He alleged that before 2019, posts of Station House Officers of Police stations in Sindh used to be auctioned but now bids for posting and transfer of SSP were being made.