Earthquake with a magnitude of 4.5 jolts parts of Swat 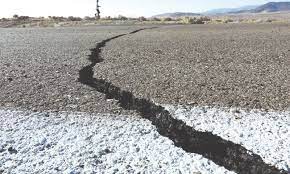 SWAT: On Wednesday morning, a 4.5 magnitude earthquake shook Swat and other districts of Khyber Pakhtunkhwa (KP) province, however, no casualties were reported.

It had a depth of 120 kilometres with an epicentre in the Hindu Kush mountain range, the monitoring centre said.

Earthquakes have been reported frequently during the past few days in the northern areas of the country and five days back, a 5.6-magnitude earthquake jolted Islamabad and different cities of Khyber Pakhtunkhwa (KP) and Gilgit-Baltistan (GB).

According to the Met Department, an earthquake measuring 5.0 magnitude on the Richter scale jolted Islamabad, Swat, Upper and Lower Dir, Malakand, Mansehra, Balakot, Battagram and its adjoining areas.

In some regions of the Gilgit-Baltistan (GB) region, earthquakes were also felt. The quake’s epicenter was on the Afghanistan-Tajikistan border, and it had a depth of 100 kilometres.

People panicked and began chanting verses from the Holy Quran outside their homes. So yet, there has been no loss of life or property.