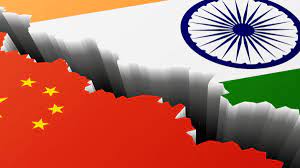 Now, the Modi regime is facing a series of major contradictions in the Indian society. First, COVID-19 has led to the collapse of India’s economy. Second, the contradictions between Hindu groups and the non-Hindu groups have developed to an irreconcilable level. Third, Modi’s agriculture laws have damaged the interests of tens of thousands of farmers and their agitation is hard to calm down, he said in an article.

Prof Cheng said that throughout decades of history, whenever India’s domestic contradictions develop to an uncontrollable level, India will provoke conflicts or wars with its neighbors to divert the attention of the domestic people.

“Actually, the Indian authorities themselves know very well that militarily India is not China’s opponent. During the conflicts with China in the early 1960s and the past two years, the Indian army was defeated miserably,” he added.

He further analyzed that Indian Chief of the Army Staff, Gen. Manoj Mukund Naravane is so arrogant, mainly because India has recently obtained several advanced weapons from abroad. The general believes that with the advanced weapons, the Indian army can win a war. Actually, this is his very naive thinking.

Prof Cheng believed that the main factor determining the outcome of a war is people, not advanced weapons.

Soldiers only serve for livelihood. Arrogant officers bully soldiers wantonly, and the poor soldiers are very afraid of their officers. How can such an army fight? Therefore, in every war and conflict with neighboring countries, the Indian army was vulnerable.

Although the Indian army has a lot of advanced equipment, almost all of them are imported from abroad. In recent 20 years, India has emphasized the diversification of weapons sources.

While continuing to buy from Russia, it has purchased from the United States, France, Israel and other countries. As a result, the Indian army’s arsenal has become a hodgepodge, greatly increasing the difficulty of maintenance.

In addition, when the Indian army take heavy casualties, it lacks effective rescue, so dozens of soldiers were frozen to death in the conflict in the Galwan Valley on June 15, 2020.

Under such circumstances, Gen Naravane still believes that India can win, which is pure lying with his eyes open, Prof. Cheng concluded.