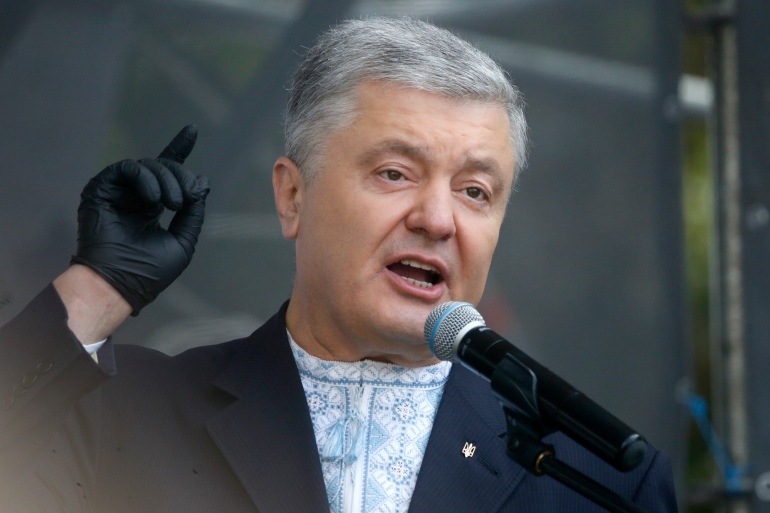 Kyiv: Ukrainian prosecutors on Monday requested $35 million in bail for former leader Petro Poroshenko after his return to the ex-Soviet country earlier in the day despite facing arrest on treason charges.

Poroshenko, who served as president from 2014 to 2019, was placed under investigation for high treason and left Ukraine in December.

One of the country’s richest men, he touched down in Kyiv Monday morning after a month’s absence vowing to help ex-Soviet Ukraine fend off a possible Russian invasion.

After the day’s hearing in court over whether to arrest Poroshenko or bail him, judge Oleksii Sokolov declared late in the evening that he would announce his ruling at 1300 GMT on Wednesday. Poroshenko told hundreds of supporters gathered outside the court in freezing temperatures that nothing was lost.

“We have not won the war, not even a battle, but we have held our positions”, he said.

His return comes with Ukraine facing its biggest crisis in years as Russia masses tens of thousands of troops on the border, raising fears of an invasion and prompting warnings from the West.

Poroshenko is a staunch critic of President Volodymyr Zelensky, who he accuses of failing to do enough to prevent Russian aggression.

He returned on a flight from Warsaw, passing through passport control amid chaotic scenes, saying later that border guards had tried to prevent him from entering.

After addressing thousands of supporters who gathered near the airport, Poroshenko appeared in court where prosecutors said he should pay $35 million and agree to wear an electronic bracelet to secure his release or be detained for two months.

In response, Poroshenko accused the prosecution of acting “shamefully” and of “dividing” the country.

The prosecution also requested that Poroshenko be banned from leaving Kyiv without permission and that he surrender his passport.