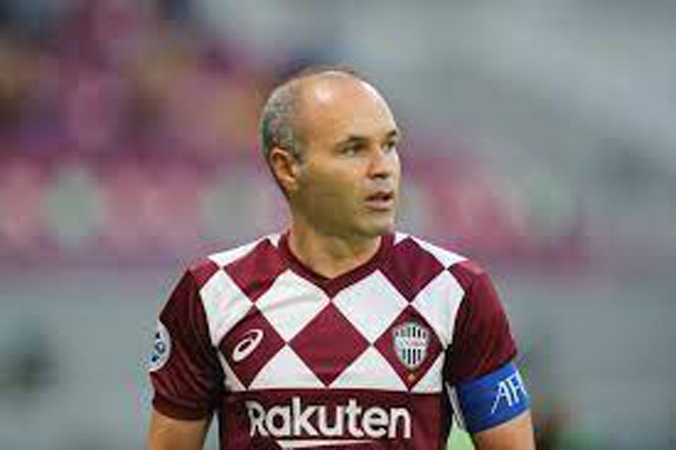 TOKYO: Japan’s richest football club Vissel Kobe want to build a bronze statue of World Cup-winning star player Andres Iniesta ––– and are launching a crowdfunding project to pay for it. Former Barcelona maestro Iniesta joined Kobe in 2018 in a deal worth a reported $30 million a year, and signed a two-year contract extension last spring. The club is owned by tech billionaire Hiroshi Mikitani, one of Japan’s richest men. Now Kobe are looking to raise 15 million yen ($130,000) to pay tribute to the 37-year-old midfielder with a statue outside their stadium. The club has asked fans to each chip in between 1,100 and 1.1 million yen for the statue, saying it will help turn their stadium into the “sacred ground” of Japanese football. Iniesta has enjoyed huge popularity in Japan, with analysts estimating he has generated more than $100 million in ticket sales and revenue. He has appeared in TV commercials for Japanese sake and mobile phone services. But he has yet to win the J-League since moving to Japan, with last season’s third-place finish his highest so far. Brazilian legend Zico has a statue outside his former club Kashima Antlers’ stadium.