CTO reviews traffic arrangements at Murree ahead of expected snowfall 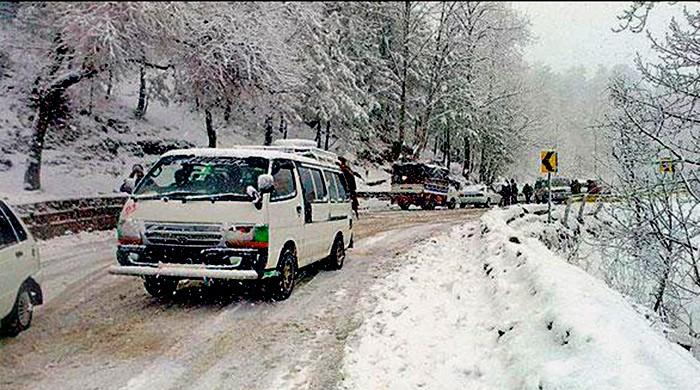 During his visit, he issued necessary instructions to the staff posted at the checkpoints at the entrances of Murree. CTO urged the tourists to avoid wrong parking, double lines and taking selfies in the middle of the road.

He told that Murree has a parking capacity of about 3500 vehicles. He said that additional traffic wardens have been deployed to facilitate the tourists. He advised the tourists obey traffic rules and avoid over-speeding. He suggested the motorists to keep their vehicles fit before travelling to hill stations. The CTP has devised a proper traffic plan to ensure smooth flow of traffic and also requested the masses to cooperate with the police.

Rawalpindi Police Radio Station 88.6, traffic police, and all the official pages would also provide awareness to the citizens about the severity of the weather and rush situation in Murree. He said citizens might contact the helpline number 051-9269200 in case of any emergency or to get guidance. He advised the vehicle owners to avoid closing vehicles’ windows while using heaters.

Motorists should use chain on the tires of the vehicles as it is sleepy on the road during snowfall, he suggested. Awareness pamphlets were also distributed among the tourists and banners were exhibited on the highways and entrances of Murree, the CTO remarked.