Phase-II of CPEC much broader in scope: Ambassador Haque 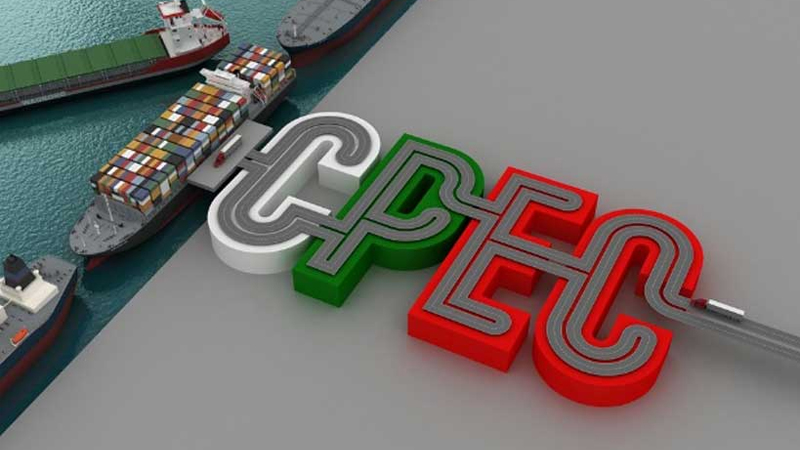 “We are also making rapid progress on the development of the Gwadar Port and Free Trade Zone, which would promote regional connectivity and economic integration”,  he said in an interview with Global Times.

About current challenges and opportunities facing the CPEC in 2022, he said that it was a matter of great satisfaction that despite the challenges posed by COVID-19 pandemic in the last two years, the CPEC cooperation and work on all projects continued unhindered.

The recently held 10th meeting of the Joint Cooperation Committee reviewed wide-ranging cooperation under the CPEC framework and identified more areas of cooperation including establishment of a Joint Working Group on Information Technology and Industry, which is expected to support high quality development of the CPEC as envisioned by the leadership of the two countries, he said.

In his comment on the current status of CPEC construction efforts and tackling the energy shortage, he said that the CPEC marks a new phase in Pakistan China relations by placing economic cooperation and connectivity at the center of bilateral agenda.

“Being the flagship project of the Belt and Road Initiative (BRI), it aims to enhance connectivity and trade linkages between Pakistan, China and the region through a network of roads, rail, fiber optic, energy pipelines, industrial clusters and Special Economic Zones,” he added.

A mega, 878-kilometer long, Matiari to Lahore ±660 KV HVDC Transmission Line project has also been completed with the capacity to evacuate 4,000MW electricity, he added.

He said that it has also upgraded Pakistan’s national and international highway network to provide more reliable Pakistan China connectivity across the Karakoram Mountains and smoother inland communications. The CPEC investment and its spin-off effects have also generated thousands of jobs.

Regarding current level of third-party participation in the construction of the CPEC, he said that as the CPEC aims to promote regional integration and win-win cooperation, Pakistan and China have agreed to welcome and encourage high-quality investments and introduction of advanced technologies and expertise in the CPEC from third-party partners who are ready to work with us for common development.

“The two countries are jointly working to finalize a mechanism for third-party cooperation under the CPEC framework before formally processing such requests,” he added.

About Pakistan’s and CPEC’s role for regional cooperation, he said that Pakistan was one of the earliest supporters and participants of the Belt and Road Initiative (BRI).

“We emphatically endorse the spirit and philosophy of the BRI, which seeks to transcend national boundaries and lay bridges for a win-win cooperation and closer economic integration for a shared future,” he said.

Ambassador Haque remarked that the CPEC was not only benefiting Pakistan and China but with objectives of regional connectivity and trans-border trade, it was also having positive impact on regional countries like Iran, Afghanistan and Central Asian countries.

China and Pakistan have shown willingness to extend the CPEC to Afghanistan. Recently, trade consignments destined for Afghanistan were cleared from Gwadar Port, he added.

He said that under the leadership of Prime Minister Imran Khan, Pakistan has transformed its policy from geopolitics to geo-economics, and we endeavour to promote trade, transit, and energy flows as well as people-to-people exchanges in the region to create a well-connected, integrated region of shared destiny, harmony and development, adding, the CPEC would be playing a key role to achieve this vision.