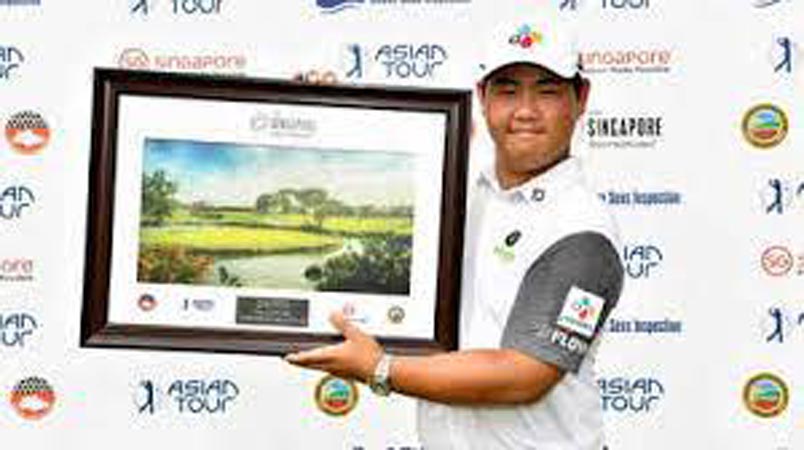 SINGAPORE: South Korean teenager Kim Joo-hyung held his nerve to sink a birdie on the first playoff hole and win The Singapore International on Sunday. It was the 19-year-old’s second win on the Asian Tour and lifted him atop the Order of Merit, with the concluding Singapore Open left to be played on the pandemic-delayed Asian Tour 2020-21 season next week. The 14-year-old Thai amateur Ratchanon Chantananuwat, playing in his first professional event outside Thailand, signed for a 69 to finish in third. Kim started the day at Tanah Merah Country Club two shots back of Rattanon Wannasrichan but overtook the lead as he fired three successive birdies starting from the par-four seven after the Thai stumbled with two opening bogeys. The teenager was leading by two shots with two holes left to play before dropping a shot on 17. Rattanon forced the playoff by closing with a birdie on 18 for an even-par 72 after Kim could only settle for par. With both players ending regulation play with matching four-day totals of four-under-par 284, it was back to the par-five 18, where Kim eventually sealed his second Tour victory after his 2019 breakthrough in India.