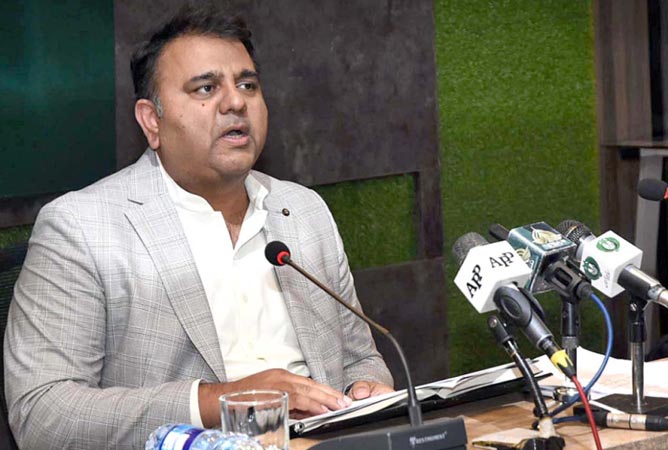 Addressing a gathering in Lahore, Fawad said that there is a “rat race going on among senior PML-N members as to who would lead the party next,” adding that, “four top-most party leaders want to remove PML-N supremo Nawaz Sharif in a bid to take over the party’s leadership.” The federal minister even claimed that the four members he was referring to “even went out to meet someone and confessed that since Nawaz had treated the country in a bad manner, they should instead be given a chance to lead the party.”

The minister said that Nawaz, who is currently living on the most expensive property in London, is directly responsible for the ongoing inflation in the country as he was the former premier of Pakistan. He said today Pakistan took only Rs6 trillion loan from 1947 to 2008 and strengthened the armed forces, purchased Gwadar, built the capital city of Islamabad and the country became a nuclear power.

The minister said the PTI government had to repay $55 billion loan in its five years tenure due to bad economic policies of the past regimes.

So far, the PTI government had repaid $32 billion loan during the past three years, he said and added that owing to the bad governance and plunder of the past rulers, the country was facing inflation today, how can we ignore them.

“Those who fled after looting and plundering the national exchequer are now giving lectures on economy today,” Chaudhry Fawad stated.

He said the PPP had taken the right decision by stopping new gas schemes and at the end of its tenure in 2013, there was no revolving loan on gas. He said when Shahid Khaqan Abbasi left in 2018, he left a circular debt of Rs197 billion on gas as the schemes he started required Rs90 billion annually for completion.

He said some people had the perception that Imran Khan had lost popularity due to inflation but they were wrong as he had vote bank everywhere from Karachi to Khyber, Lahore to Peshawar, Kashmir and Gilgit-Baltistan.

He said elections would be held on 1100 national and provincial assemblies constituencies and there was no other party besides PTI that could field its candidates on so many seats.

“PML-N is a party of Punjab, PPP is of Sindh and JUI is of some areas of Khyber Pakhtunkhwa,” Fawad maintained.

He said when the election time would come, the PTI leadership would show how elections were contested.

The minister said that Imran Khan would form the government for next five years.