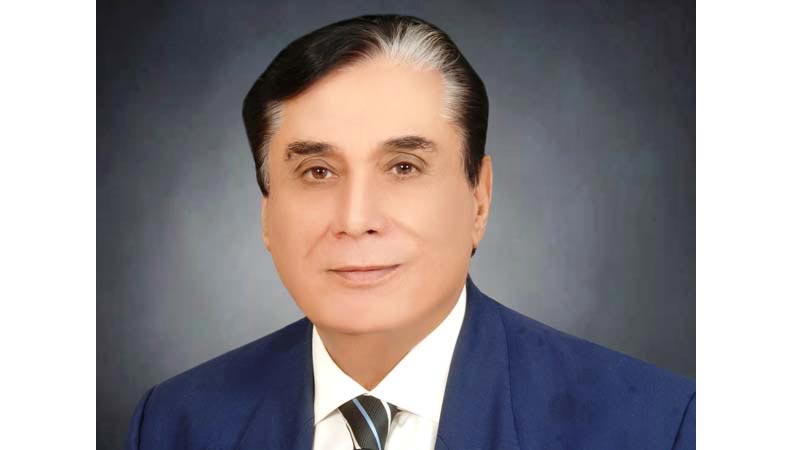 Honourable Mr. Justice Javed Iqbal Chairman NAB urged for collective efforts for eradicating corruption so that we leave for our future generations a better and prosperous Pakistan.

“The NAB is determined to the success of NAB’s mission of eradication of corruption from Pakistan by utilising all its resources by adopting “Accountability for All” policy. NAB is committed to its firm resolve to fulfill its commitment to the task of making Pakistan a corruption free nation,” he said while chairing a meeting to review performance of Awareness and Prevention Division especially the “Role of youth in eradication of corruption” at NAB Headquarters.

NAB chairman said corruption is an evil that is defined as the dishonest or unethical method used by a person entrusted with a position or authority, for personal benefits, in other words, corruption is when a person who is responsible for a task, and misuses that position for their own profit. He said corruption includes bribery and embezzlement and has a greater impact on Pakistani economy as corruption is not only a root cause but badly affects the state of economy, standard of living and social justice.

He said the corruption eats up the innocence of people belonging to all walks of life. “If any country wants to achieve sustained socio economic development with healthy foreign investment, corruption must be eliminated at all cost,” he said. The NAB chairman said that the ill effects of the menace of corruption have become one of the greatest challenges that country is confronted with. He said the more developed countries have managed in reducing its size and scope to a minimum level through sustainable measures like building infrastructure but it is quite rampant in developing countries and it is one of the major reasons for corruption in the society.

In our own case, he said money laundering, corruption, misuse of authority, assets beyond known sources of income and cheating public at large are the main challenge. In fact, he said the nation was warned against this matter by father of the nation Quaid-e-Azam Mohamad Ali Jinnah in the first ever address in the constituent assembly said that one of the biggest curses is bribery and corruption. “That really is a poison. We must put it down with an iron hands,” he said. Justice Javed said that NAB has been consistently engaging all stakeholders in the fight against corruption in order to uproot this evil from Pakistani society. He said the NAB works on a three pronged strategy of awareness, prevention and enforcement to weed out corruption. He said that the present management of NAB, has taken taken various measures for effectively combating corruption. NAB has recovered recovered Rs. 539 billion directly and indirectly during the last more than 4 years. Under its awareness regime, more than 50 thousand character building societies have been established in universities/colleges all over the country for creating awareness among the future generation of our country about the ill effects of corruption at an early age,” he said.