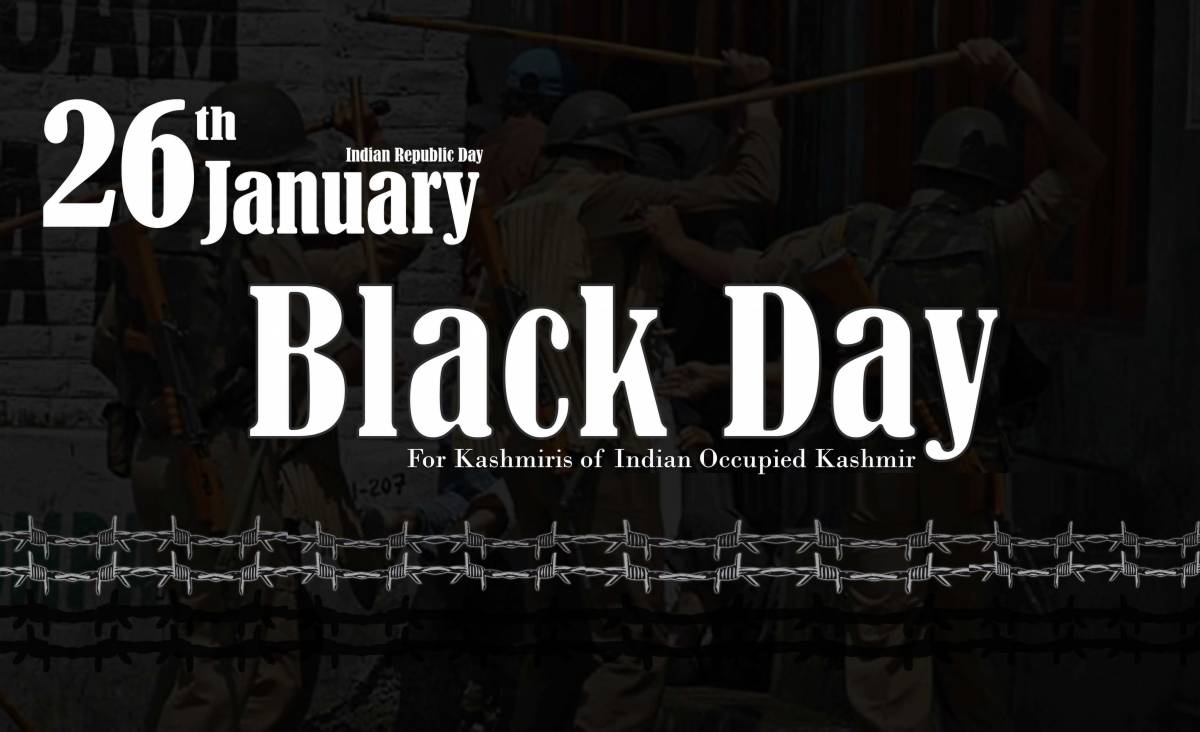 MIRPUR (AJK): The people of Jammu & Kashmir living on both sides of the line of control including Azad Jammu and Kashmir (AJK), Indian Illegally Occupied Jammu and Kashmir (IIOJK) and rest of the world would observe the Indian Republic Day, falling on January 26, as black day to invite the attention of international community towards the continual long unlawful and forced Indian occupation since last 75 years.

This year, too, Kashmiris are observing the Indian republic day as black day at the time when the sitting hardliner PM Moli-led Indian government, by violating all international norms and commitments on the global issue of Jammu Kashmir, scrapped special status of the internationally-acknowledged disputed status of the Jammu Kashmir revoking article 370 and article 35-A of her (India) constitution through August 5, 2019 sinister act at the gun point through fresh deployment of at least a million of its military and paramilitary troops in Indian-occupied Jammu Kashmir.

Besides the observance of the day also aimed to apprise the world community of the continued hostile attitude of India denying Kashmiris their legitimate right to self-determination and deviating all international norms escaping from the peaceful solution of the much delayed Kashmir issue.

A major rally to observe the Indian Republic Day will be held in Muzaffarabad on this occasion. AJK leaders of various political parties including those in the AJK Parliament will lead the rally to be held to mark the day. The day will also mark complete solidarity with the freedom-loving people of Indian occupied Jammu Kashmir in their just and principled struggle for freedom and for the achievement of their legitimate right to self-determination.

The protest rallies are scheduled to be arranged by various social, political, and public representative organizations representing people of all spheres of life including lawyers, journalists, members of the business community, laborers, students, women and social and political workers to express fullest traditional hatred against the Indian imperialism besides protesting against the continued denial of all global norms and commitments on Kashmir and the persistent deviation and denial of the Kashmiris birthright to self-determination since over last 74 years by India.

In Mirpur, a protest rally, to be followed by a big procession of people belonging all segments of the civil society, to observe the Indian Republic Day as black day, will be held at Shaheed Chowk. “The city elite representing all segments of the civil society will highlight the importance of early peaceful settlement of the Kashmir problem besides expressing severe hatred against India for her continued forcible and illegal Indian occupation of Kashmir for the past over seven decades.