Corrupt timber mafia to be dealt with iron hands: Minister 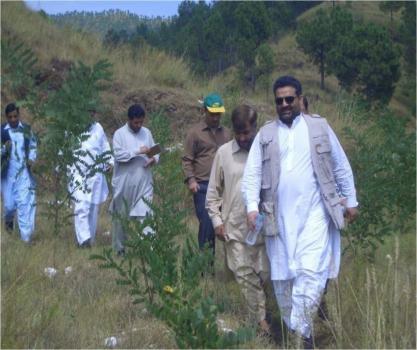 PESHAWAR: Khyber Pakhtunkhwa Minister for Forests, Environment and Wildlife, Syed Muhammad Ishtiaq Urmar on Sunday said timber and corrupt mafia would be dealt with iron hands, as promotion of forests was utmost priority of the government.

The provincial minister said Billion Tree Afforestation, a pro-people project, was a great achievement of the Pakistan Tehreek-e-Insaaf government. He said the current tree planting campaign was also a link of Prime Minister Imran Khan’s Billion Tree project for which they all took responsibility to make it a success. “We will not spare any sacrifice for our dear countrymen,” he added.

Prime Minister Imran Khan’s vision would be put into practice and this time plants would be planted on a large area in Khyber Pakhtunkhwa, he said adding, Green Pakistan was a dream of PTI which would be fulfilled soon.

He said such steps had been taken for the betterment and in preventing erosion and flooding of the earth which would be an invaluable gift of nature to mankind on earth. He appealed to the media and the people to take part in this tree planting campaign to their best for reducing the effects of global warming in the country.