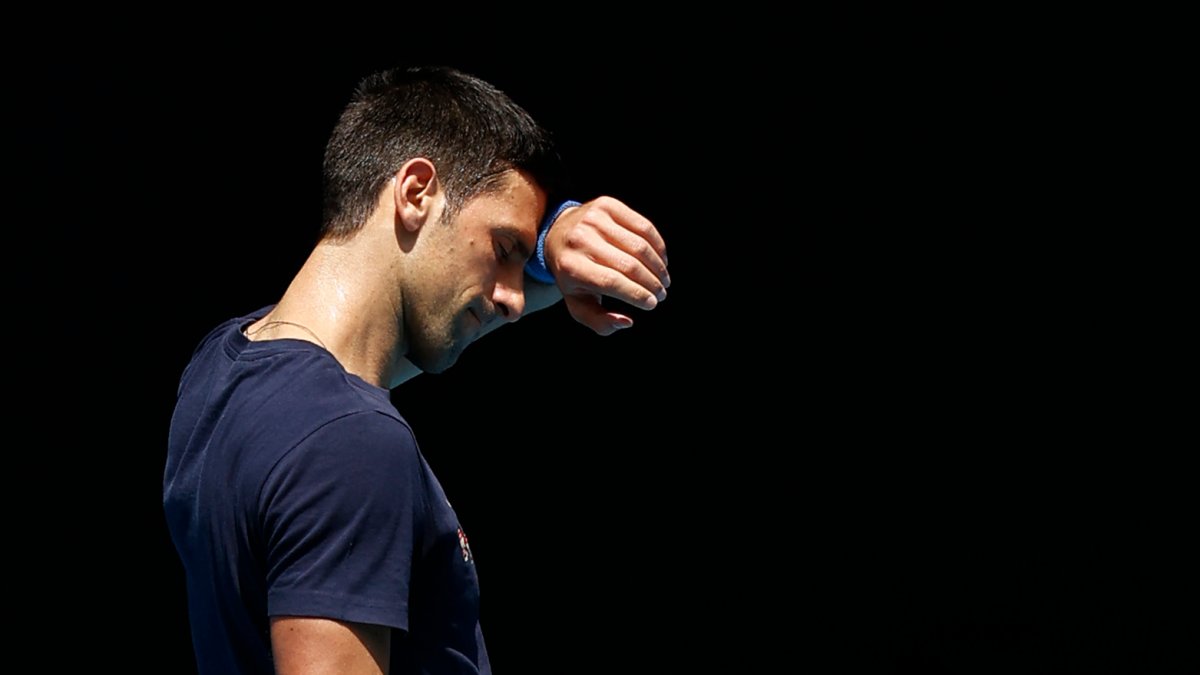 Novak Djokovic said he was disappointed that a court on Sunday dismissed his challenge to a deportation order and accepted his hopes of playing at the Australian Open were dashed. The top-ranked tennis star released a statement shortly after three Federal Court judges unanimously upheld a decision made on Friday by Immigration Minister Alex Hawke to cancel the 34-year-old Serb’s visa on public interest grounds because he is not vaccinated for Covid-19.

“I am extremely disappointed with the Court ruling to dismiss my application for judicial review of the Minister’s decision to cancel my visa, which means I cannot stay in Australia and participate in the Australian Open,” Djokovic said.

“I respect the Court’s ruling and I will cooperate with the relevant authorities in relation to my departure from the country,” he added.

Djokovic said he was “uncomfortable” that the focus had been on him since his visa was first canceled on arrival at Mebourne’s airport on Jan. 6.

“I hope that we can all now focus on the game and tournament I love,” he said.

The decision likely means that Djokovic, who is not vaccinated for Covid-19, will remain in detention in Melbourne until he is deported.

Deportation usually occurs as soon as possible after an order unless prevented by court action. The government has not said when Djokovic will leave.

A deportation order also usually includes a three-year ban on returning to Australia.

Chief Justice James Allsop said the ruling came down to whether the minister’s decision was “irrational or legally unreasonable.”

Hawke welcomed the decision. His office did not immediately provide detail of how or when Djokovic would leave.

“Australia’s strong border protection policies have kept us safe during the pandemic, resulting in one of the lowest death rates, strongest economic recoveries, and highest vaccination rates in the world,” Hawke said in a statement.

“Strong border protection policies are also fundamental to safeguarding Australia’s social cohesion which continues to strengthen despite the pandemic,” he added.

Djokovic could potentially appeal to the High Court, but not in time for him to compete in the Australian tournament. “I will now be taking some time to rest and to recuperate, before making any further comments beyond this,” he said.

The court process that Djokovic had hoped would keep his aspirations alive for a 21st Grand Slam title was extraordinarily fast by Australian standards. Within three hours of Hawke’s announcement on Friday afternoon that Djokovic’s visa was cancelled, his lawyers went before a Federal Circuit and Family Court judge to initiate their challenge to the decision.

The case was elevated to the Federal Court on Saturday and submissions were filed by both sides that same day. The three judges heard the case over five hours on Sunday and announced their verdict two hours later.

Between the end of the hearing and the verdict, Tennis Australia, the tournament’s organizer, had announced that Djokovic was scheduled to play the last match on Monday at the Rod Laver Arena. He was due to play Miomir Kecmanovic, a fellow Serb ranked 78th in the world.

Tennis Australia had no immediate comment on the star player’s legal defeat. The minister cancelled the visa on the grounds that Djokovic’s presence in Australia may be a risk to the health and “good order” of the Australian public and “may be counterproductive to efforts at vaccination by others in Australia.”

Djokovic’s visa was initially cancelled on Jan 6 by a border official who decided he didn’t qualify for a medical exemption from Australia’s rules for unvaccinated visitors. Djokovic has won nine Australian Open titles, including three in a row, and a total of 20 Grand Slam singles trophies, tied with rivals Roger Federer and Rafael Nadal for the most in the history of men’s tennis. Djokovic’s dominance of late has been particularly impressive, winning four of the last seven major tournaments and finishing as the runner-up at two others.

The only time he did not get at least to the final in that span was at the 2020 U.S. Open, where he was disqualified in the fourth round for hitting a ball that inadvertently hit a line judge in the throat after a game.