Cost of Rs. 60 to 62 billion can be incurred on EVMs for General Elections: Shibli Faraz 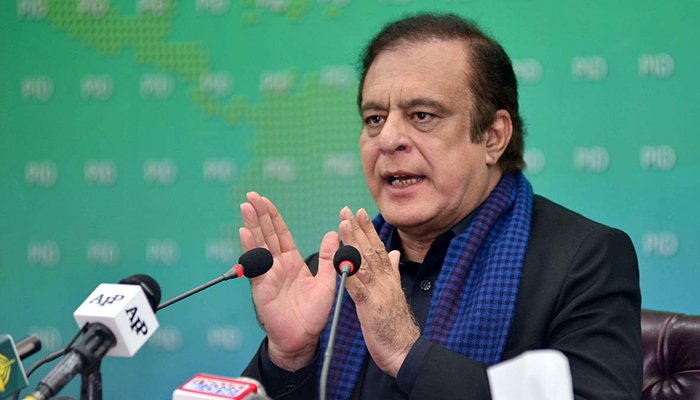 ISLAMABAD: Federal Minister for Science and Technology, Senator Syed Shibli Faraz said the total cost of Rs. 60 to 62 billion could be incurred on manufacturing of Electronic Voting Machines (EVMs) for the `General Elections 2023’ in the country, as per rough estimates.

“Since the EVMs are not be disposable and can be used in all kinds of elections like local government, bar council, and other departments; the cost is justified”, the minister said in an interview. Shibli Faraz said those who were spreading false information about the total cost of EVMs to be used in the general elections were misleading the people. “The media reports about the total cost of EVMs from Rs. 300 billion to Rs.400 billion are totally baseless”.

The minister said, “It was the vision of the Prime Minister, Imran Khan that we have to give importance to technology for achieving progress on social and economic fronts”. Electronic Voting Machine (EVM) is the clear manifestation of the present government’s transition towards technology in accordance with the vision of Prime Minister, Imran Khan to make the elections transparent. “EVM symbolizes the paradigm shift towards technology”, he added.

The minister said that he was given the first task of evolving an indigenous prototype of EVM soon after assuming charge as Minister for Science and Technology to resolve the longstanding issue of disputed and non-transparent elections. He said the target of developing the prototype of EVM was given on April 15 which was completed on July 15. “We have developed a prototype in the short span of three months and given flawless demonstrations to the Prime Minister, President, Parliament, Chamber of Commerce, universities and masses”, he said.

Now, even the Election Commission of Pakistan (ECP) after legislation agreed on conducting local body elections in Islamabad and even in Punjab too through EVM which is the success of Prime Minister, Imran Khan. The minister pointed out that this would be proved in the local body elections that “conducting elections through EVM is possible”. The minister was of the view that Pakistan could not afford to rely merely on the textile sector for progress but they have to diversify the economy through innovation.

“We have to run a campaign to prepare our engineers, technicians, software and IT engineers and local startups to come up with technology-based solutions to resolve the basic issues of the country and masses”, he said. For Shibli Faraz, the most important thing is to utilize technology for raising the quality of life of Pakistani masses and providing them quality products either its food or daily use electronics.

As a part of such efforts, his ministry along with the other stakeholders implemented a project to conserve 3,400 megawatt electricity through manufacturing energy-efficient fans which would be available for the people in the upcoming summer season and benefit them, Shibli Faraz said. About the project of Hemp production, the federal minister said this project was a paradigm shift towards technology.

“We have decided to give importance to such a type of research which can be actually translated into reality and benefit the country”, he said. He said the National Hemp Policy had been submitted before the cabinet for approval and would be approved within two weeks. The input of all the stakeholders including industrialists, pharmacists, academics, laboratories had been incorporated in the policy while rules and regulations had been made for the crop to prevent its wrong usage.

The license for Hemp production would be issued to the growers for the period of two years, the minister said. The hemp production on the medicinal and industrial side would serve in terms of import substitution, attaining self-reliance, and boosting exports. Referring to the Vietnam exports, the minister said the country increased its exports from eight billion dollars in the year 1996 to 216 billion dollars today through working on engineering goods.

Shibli Faraz said that his ministry has taken concrete steps to make its departments fully functional including the National Institute of Electronics (NIE). The NIE, which was a dead institution earlier, had been made functional by improving the salary structure of employees and hiring competent people. The electronic products to be developed by NIE would be commercialised.

“This department will improve the image of Pakistan in the field of electronics, become financially independent and even generate one to two billion of income”, he said. About the promotion of research, the minister said three universities under his ministry including COMSATS, NUST, and NUTECH were working in the research and development areas.

The minister emphasized, “We have to prepare top-class engineers as well as technicians through improving their service structures, pay scales and encouraging performance-based promotions”. For him, “A top class technician is better than an average engineer”. The minister pointed out that another major problem was the lack of reliable data and to cater the issue he said they were creating a repository of data and scientific research.