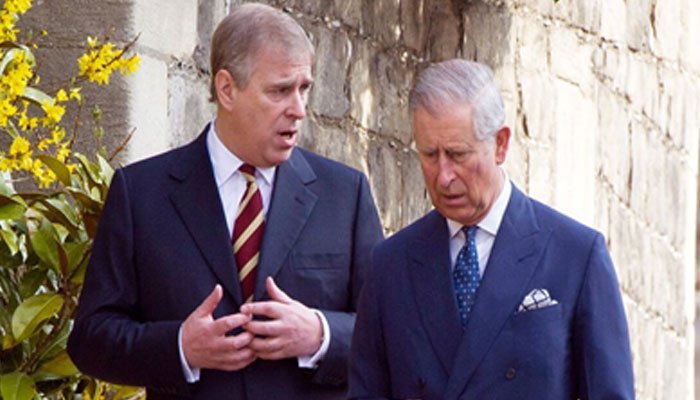 Prince Charles, who is said to have played a key part in the decision to strip his brother of his military titles and patronages, faced questions during his public appearance. The heir apparent to the British throne was asked about the scandal while visiting the Haddo Country Park, Ellon, Aberdeenshire.

James Matthews, a media person, asked Charles: ‘Can I ask your view on your brother’s position?’. Charles brushed off the questions about his exiled brother, amid reports the disgraced duke could find out this weekend whether Fergie and his daughters will be questioned by Virginia Giuffre’s lawyers.

William and Charles had reportedly been “instrumental” in the decision and urged the Queen to remove him. The decision to demote Prince Andrew came after he failed bid to convince a judge to dismiss a civil case brought by Virginia Giuffre in a federal court in New York. Ms Giuffre alleged that she was forced to have sex with Jeffrey Epstein’s friends – including the Duke of York – when she was 17. Prince Andrew strongly denies the allegations against him.

Ms Giuffre has said a trial would be “a chance to expose the truth”. Andrew’s eldest daughter Princess Beatrice and ex-wife Sarah Ferguson may be cross-examined on camera after Judge Lewis Kaplan refused to dismiss the sexual assault case against him by Virginia Giuffre.