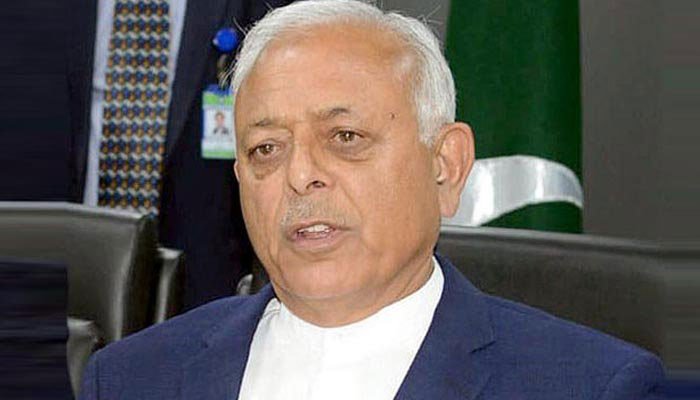 RAWALPINDI: Minister for Aviation Ghulam Sarwar Khan on Saturday said that the government was filing a case in the High Court to bring Nawaz Sharif back to Pakistan.

Addressing a press conference here, the minister denounced the impression of any deal with Nawaz Sharif propagated by the media, adding even the ISPR have to come forward to negate the false news spread about any contract with the former Prime Minister Nawaz Sharif. Sarwar said that Sharif had gone to London on a fake affidavit for returning to the country after four weeks on medical grounds.

He said that Nawaz Sharif was an absconder, and the Supreme Court of Pakistan had sentenced him to seven years imprisonment, adding, he should come back and appear in the Courts of law. The minister said that uncertainty being spread by the Opposition parties had failed as the government had made historical legislation from the National Assembly.

He said 12 opposition members were absent from the National Assembly session while official benches allies were united under the leadership of Prime Minister Imran Khan. The Opposition parties were not on one page, he said, adding, PDM Chief Maulana Fazl u Rehman announced long march against govt on March 23 while Pakistan People Party on February 27.

How they were united on one platform? he questioned. Sarwar said that the opposition has a majority in the Senate and failed against the Chairman Senate in the vote of non-confidence motion. He said work on developments projects, including the construction of two hospitals and provision of gas to 22 villages, was underway in his constituency that would be completed in time. The minister hoped that PTI would win the next election with a thumping majority while no winning candidate would apply for tickets from looter parties.