Punjab to receive ‘Sehat Sahulat Card’ till end of March 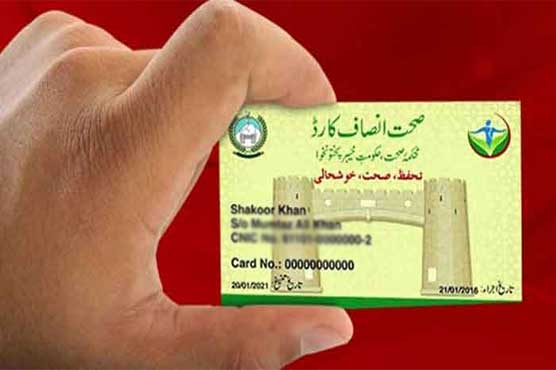 “Punjab government want everyone in remote areas to have access to health facilities and by March 2022, all families in Punjab will receive health cards,” he said while speaking to PTV news channel.

He said that every family head would be able to get access to free treatment facility up to one million rupees per annum against Naya Pakistan Sehat Card, adding, all permanent residents of Punjab will get free health insurance through NADRA’s transparent and computerized mechanism.

Underprivileged segments of population in all districts of Punjab would enjoy quality healthcare services without any financial barriers, he said, adding, the program would cover entire population of the Punjab under Universal Health Insurance soon.

He said that after enrollment under the scheme, the beneficiary would be eligible to go to any hospital on panel across the country, adding, over 519 hospitals were being included in panel hospitals.

The universal healthcare programme was started from Sahiwal and Dera Ghazi Khan divisions, he said, adding,   Sehat Insaf Card would be further extended in other divisions including Punjab including Rawalpindi, Bahawalpur, Faisalabad, Gujranwala is and Multan.

He also appealed that the citizens of Punjab should update their NADRA records and get Sehat sahulat card facility, adding, government of Punjab would also planned to reach every residents of province and provide these health card facilities to their door steps without any hassle free atmosphere.