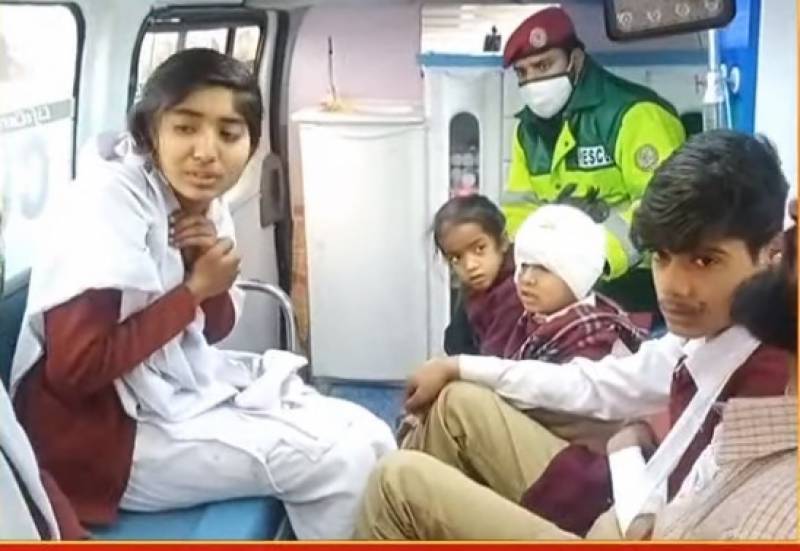 A trailer allegedly collided with a rickshaw transporting children to school near Musafir Khana. As a result, four children died on the scene and ten others were injured.

Teams from Rescue 1122 went to the scene of the collision and administered first aid to the victims. Later, they transported youngsters with significant injuries to Victoria Hospital, including the rickshaw driver.

A big number of people, including family members of the youngsters, gathered at the accident site, creating moving moments.

Yesterday, a college van hit a dumper in Pindi Bhattian amid dense fog, seriously injuring seven female students of the Aspire College.  The pupils were taken to THQ Hospital for treatment by the rescue teams. The collision happened on Hafizabad Road.

Meanwhile, Punjab Chief Minister Sardar Usman Buzdar was made aware of the incident and requested a report from the appropriate authorities.