Resham, Shaan Shahid and Shoaib Malik get together 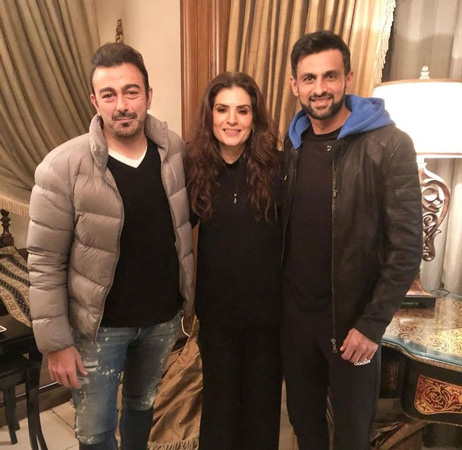 Actor Resham shared a series of pictures with her fellow-actor Shaan Shahid and cricketer Shoaib Malik from a gathering and they are viral.

The images, posted on the social media application Instagram, see Resham standing in between the two. The veteran actor and actor are standing on their left and right side respectively.

It is pertinent to mention that they have worked together in a number of Lollywood films.

Thousands of application’s users liked the images and took to the comment section to post heartwarming comments.

She took separate pictures with the two of them as well.

Previously, the pictures of her in a black coat and pants and a striped shirt got millions of likes by the netizens.

Resham, with millions of Instagram followers, has quite a fan following on social media. She shares the pictures from her photoshoots and projects’ BTS. The actor is one of the most celebrated figures in the country’s showbiz industry. She has worked on superhit projects. She was conferred the President’s Pride of Performance Award alongside on March 24 this year.