Next polls to be the last for PPP, PML-N 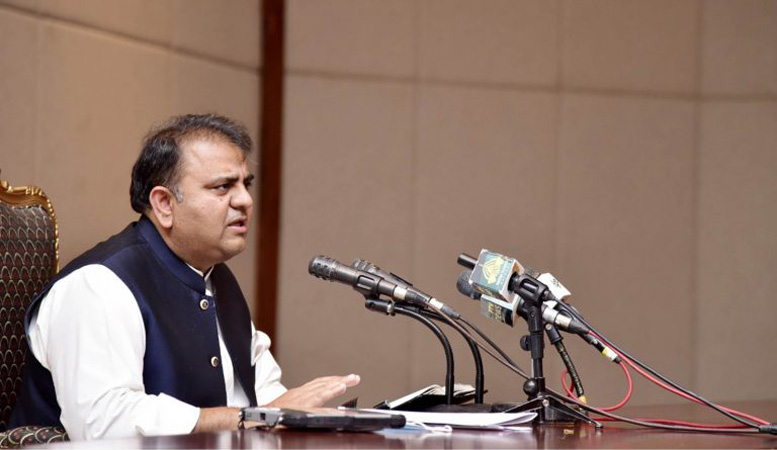 Federal Minister for Information and Broadcasting Chaudhry Fawad Hussain on Friday tweeted a couplet from Saraiki poetry and a picture of opposition leaders and members to illustrate their “humiliating defeat” in the National Assembly the other day, a private TV channel reported. The couplet was from poetry of a prominent Saraiki-language poet Shakir Shujabadi and the picture in which opposition leaders and members can be seen sitting with gloom after the government succeeded in getting the bills of important nature passed from the NA. “Yet another defeat for opposition,” Chaudhry Fawad said in a tweet, expressing the hope that the opposition leaders would not be in the Parliament after the general elections 2023.

In the photo shared by the minister, opposition leaders and members can be seen sitting with gloom after the government succeeded in getting the bills of important nature passed from the lower house. On Thursday, the government and its allies bulldozed Finance (Supplementary) Bill 2021 and SBP Amendment Bill 2021 through the National Assembly to ensure its sixth review of the $6 billion Extended Fund Facility (EFF) gets cleared by the International Monetary Fund’s (IMF) executive board, paving the way for the disbursement of about $1 billion tranche. Last month, Finance Minister Shaukat Tarin introduced two bills in parliament to give effect to the Rs375 billion mini-budget and grant autonomy to the central bank.

Responding to the opposition’s queries, the finance minister said the finance bill was not aimed at imposing new taxes but documentation of the economy to broaden the tax net. Tarin said that the government has decided not to withdraw tax exemptions on basic essential items such as milk, bread, laptop and solar panels.

The government succumbed to pressure exerted by local car assemblers and increased the sales tax rate to 12.5% on the import of electric vehicles — even higher than the initial 5% rate it had proposed while introducing the “mini-budget”. It also waived off 15% income tax in favour of a couple of wealthy families of the country.