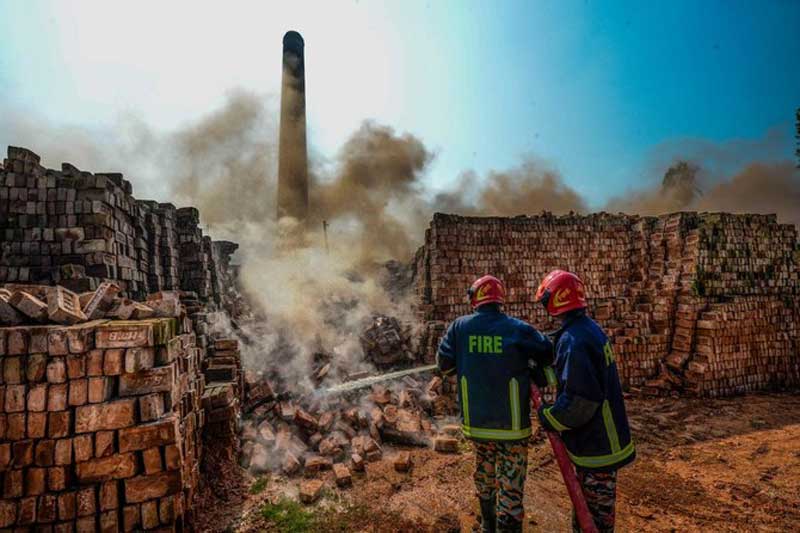 ISLAMABAD: All 11,000 traditional brick kilns, running on smog-causing fossil fuels, in the entire Punjab province, had been converted 100 percent on the new environment friendly zig-zag technology in a period of six months.

Talking to APP, he said the zig-zag kiln technology had been established to embellish fuel efficiency, energy savings, and lessening in emissions by 60 percent as compared to traditional brick kilns.

The owners of remaining brick kiln owners, who had not yet installed the pollution control technology, had now submitted affidavits with Pak-EPA Islamabad to convert their kilns to environment-friendly zig-zag technology.

“Conversion of the all traditional brick kilns to new Zig-zag technology in Punjab province has helped reduce air pollution by about 15 percent”, he commented.

The spokesperson said converting the traditional brick kiln system to modern technology was a difficult task which required investment and training.

He said many kiln owners were not ready to take the risk, but efforts and hard work of their representative organization had helped improve about 11,000 kilns in Punjab.

The climate change ministry was striving that all other provinces, where air pollution has become a leading cause of re-mature deaths and various health diseases, should also follow the suit to fight environmental degradation and protect public health.

There were around 20,000 traditional brick kilns in the country, which use mainly coal, rubber and shoe soles as fuel, emitting lethal back carbon emissions into the atmosphere, he said.

Most of them were located around urban areas and contribute significantly to air pollution.

The country’s brick sector is responsible for around 1.5 percent of the Gross Domestic Product.

The traditional kiln type and fuels burned, make it difficult to accurately identify the make-up of air pollutants emitted by the sector, but they likely include sulphur oxides, nitrogen dioxide, carbon monoxide, carbon dioxide (CO2), forms of particulate matter (PM) including black carbon, and additional compounds.

These chemicals released by burning coal and other fuels black carbon (a major component of soot from the brick kilns) is produced as a result of the incomplete combustion of fossil fuel and biomass.

Besides, it is known for planet-warming impact on climate 460 to 1500 times stronger than CO2.

When deposited on ice sheets and snow on mountains, the black carbon is so adverse that it spiked both atmospheric warming and increases the melting rate, and hence is a threat to glaciers in the country’s north.

However, the efforts were taken a couple of years ago for introducing the

zigzag technology to mitigate the issues of not only black carbons that cause black smog issue but also overall air pollution in the country under PM Imran Khan’s vision for clean green Pakistan.