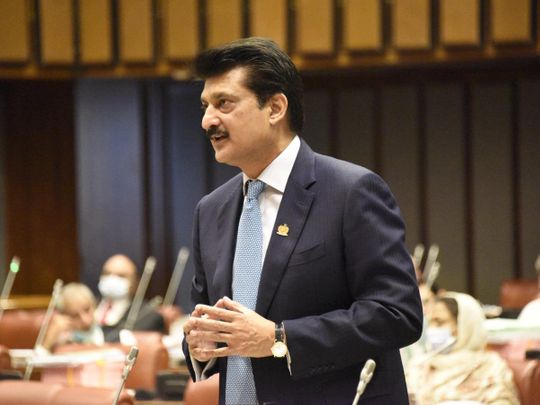 ISLAMABAD: Leader of the House in Senate, Dr. Shahzad Waseem Friday said the Supplementary Finance Bill, 2021, and the others were passed by following rules with majority votes.

Speaking in Senate here, the leader of the house said whenever the legislation was done in the National Assembly, it was done through majority votes, and the government also did the same to pass the Finance Supplementary Bill. Responding to the opposition leader in Senate Syed Yusuf Raza Gilani’s statement who said the government had bulldozed the Bills through the national assembly, Shahzad Waseem said it was the opposition who created a fuss in the lower house. He said the Senate should have discussed the Bill before its passage.

He said the opposition had also claimed that it would not let the Supplementary Finance Bill passed but it happened. Yusuf Raza Ginali said even if the government was going to pass the Bill on majority votes, it must keep the poor nation in mind at the time of passing such Bills. Shahzad Waseem said it was ironic that the parties who are asking us to take care of the people who themselves had done nothing good for the people during their governments. The parties who are criticizing the PTI government for going to International Monetary Fund (IMF), had themselves gone to the IMF 13 times.

Minister of State for Parliamentary Affairs Ali Muhammad Khan said the government completely followed the rules while passing the Bills and remained calm during the whole fuss uproar created by the opposition parties. Later the opposition walked out of the session in protest and pointed out the quorum in the Upper House. Due to lack of quorum, the presiding officer adjourned the proceeding to meet again on January 17, at 3:00 pm.