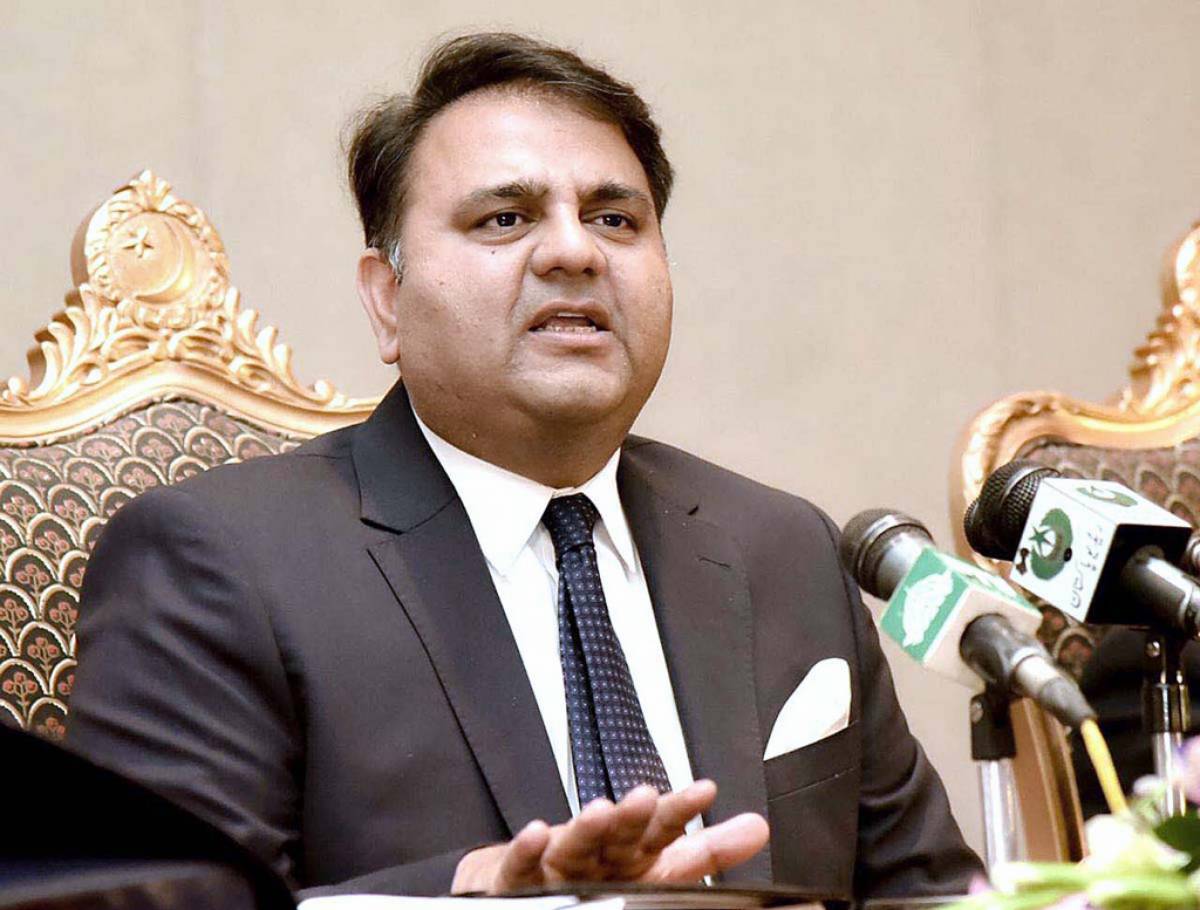 ISLAMABAD: Fawad Chaudhry, the Minister for Information and Broadcasting, said that the 2023 election will be the last for the PML-N and the Zardari group, PPP, a day after the government passed the finance amendment bill, also known as the “mini-budget,” and the SBP bill through the National Assembly, Daily Times reported.

After yesterday’s setback in Parliament, Fawad Chaudhry took to Twitter to insult the opposition, sharing an image of key PPP and PML-N officials sitting in the National Assembly and saying in Punjabi, “Shakir you are clever enough- so read their faces rather than questioning about the situation.”

He went on to say that the opposition had been beaten in Parliament yet again and that these faces would be gone by 2023.

“2023 will prove to be the last year for Zardari group [PPP] and Noon League [PML-N],” the information and broadcasting minister said.

The National Assembly yesterday passed the Finance (Supplementary) Bill 2021— generally known as a “mini-budget” — amid strong protests by opposition parties. It also approved the State Bank of Pakistan (Amendment) Bill 2021 during the five-hour-long sessions.

The lower house session resumed at the parliament house in Islamabad with Speaker Asad Qaisar in the chair.

The National Assembly rejected all the amendments moved by the opposition members with a majority vote. 150 members voted in favor of the amendments, while 168 voted against them.

On opposition protest, the NA speaker ordered the vote-count for two times, and both times opposition parties faced defeat with 150-168 and 146-163 votes.