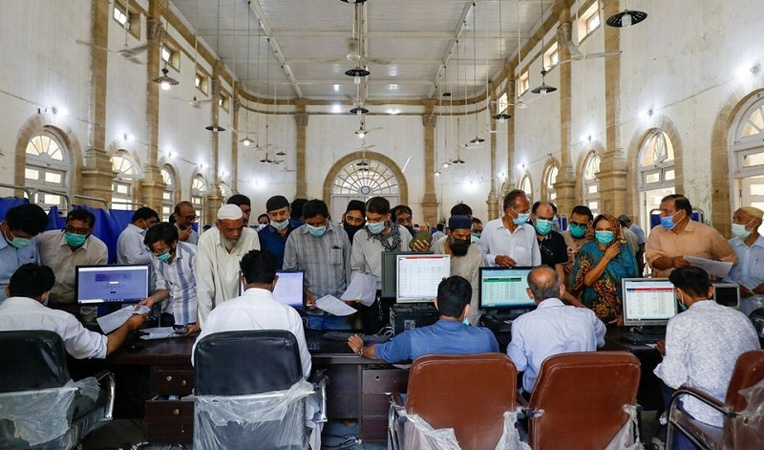 Pakistan reported more than 3,000 new coronavirus cases on Thursday, a jump of 45.5 per cent from a day earlier, and marking the first time in nearly four months that daily infections exceeded 3,000.

On Thursday, 3,019 new cases were detected compared to 2,074 on Wednesday. The positivity rate also jumped to 6.12 per cent from 4.7pc a day earlier. The country had earlier confirmed 3,012 cases on September 15. Moreover, the number of active cases rose to 23,000 – up from 17,748 on Monday – of whom 651 were in critical care, according to the government’s database for tracking the spread of the virus in the country. The rise in cases is being driven by the Omicron variant of the coronavirus which has brought a fifth wave of the disease to the country. Karachi’s positivity rate on Wednesday reached 20.22pc, Mirpur’s 10pc, Lahore 7.15pc, Islamabad reported 4.46pc and Rawalpindi 4.06pc.

Earlier this week, Pakistan passed the milestone of administering at least one dose of a Covid-19 vaccine to over 100 million people. “Of these [100m people], nearly 75m are fully vaccinated, which is 33pc of total population and 49pc of eligible population. Work is not complete yet. Need to keep the momentum going,” an NCOC statement had stated. A member of the Scientific Task Force on Covid-19, Dr Javed Akram, said the surge was not unexpected, as people were suffering from “pandemic fatigue” and had given the virus every chance to transmit and mutate. He urged people to get vaccinated as soon as possible, as the ‘Deltacron’ variant, which includes qualities of both the Delta and Omicron variants of coronavirus, has been reported in Cyprus and it will sooner or later reach Pakistan.