Shahid Afridi is the biggest star in Pakistan, yet so humble: Ushna 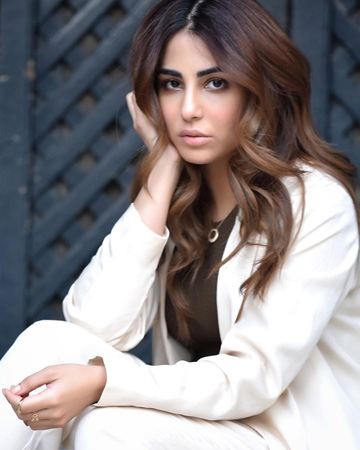 Pakistani actress Ushna Shah shared in a tweet that she has met the all-time super star of Pakistan, Cricketer Shahid Khan Afridi in a flight.

The Prizaad actress had also revealed in her instagram story that she was on her way to Lahore for the shooting of an upcoming film. Ushna stated that she will play a leg-spinner in the movie.

The celebrity left a sweet note on twitter explaining that Shahid Afridi being the super star of Pakistan holds no arrogance instead he is very kind to everyone.

The actress appreciated the cricketer’s humble attitude towards others and the way he greets children.

She also explained that he not only greeted her with kindness but also blessed her with encouragement and prayers.

“On a flight with @SAfridiOfficial bhai. Hands down the biggest star in Pakistan yet so humble. Blessed me with encouragement & duas & SO gracious & kind to everyone who would come up to him, especially children. Lala ney dil jeet liya.” tweeted Ushna.