Imran Abbas spills the beans on his bond with Ayeza 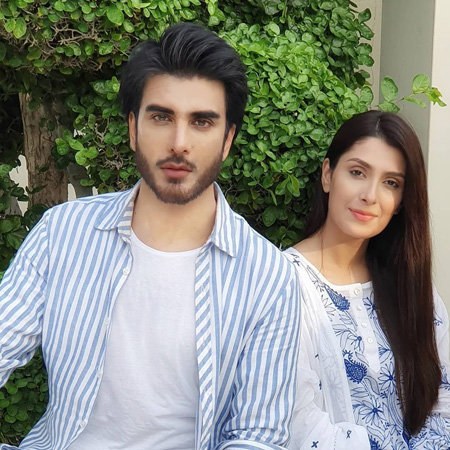 Actor Imran Abbas recently hosted a Q&A session on his Instagram stories in which he got candid about his equations with industry fellows.

On being asked about bond with co-star and friend Ayeza Khan with whom he has given several hit dramas, he gave a humorous reply.

Given that Imran Abbas has done almost four dramas opposite Ayeza Khan, it comes as no surprise that she is his favourite co-star.

In a post shared on social media, Imran showered praises on Ayeza, calling her his favourite co-star. He further complemented her by saying that she was “one of the most refined actors, blessed with immense talent and grace.”

Ayeza and Imran have worked together in many successful dramas like ‘Koi Chand Rakh’ and ‘Thora Sa Haq.’