Australia, Bangladesh, Pakistan, Canada share their thoughts ahead of the ICC U19 Men’s CWC 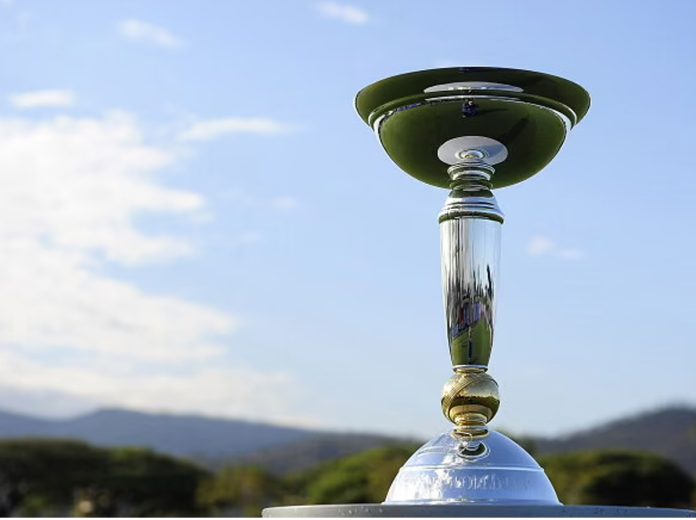 Australia might have suffered a heavy defeat to India in their sole 2022 ICC Under 19 Men’s Cricket World Cup warm-up match, but skipper Cooper Connolly believes the side are in good shape ahead of the tournament.

Despite the captain making 117 in Tuesday’s clash in Guyana, the Aussies were beaten by nine wickets by the four-time ICC U19 CWC champions.

And Connolly, who was part of the Australia team that went out in the quarter-finals two years, is confident that the team will be ready for their opening game against the hosts, the West Indies, in Providence on Friday.

He said, “I think as a team we are shaping up quite well. [The India defeat] was a reality check for us against one of the strongest sides, maybe the favourite. But our team is checking out really well and I feel like we’re in good shape for the first game.

“We can’t start off really easy, we’ve got to beat the West Indies and come out with a strong mindset. Hopefully we can knock them over.

From the last World Cup, the aim was to make this. I looked forward to the opportunity that I might play in two, and then another thing was to get the captaincy. That’s unbelievable, I’m so proud of myself and mum and dad back home are really proud so I’m ready to go and lead my country.

“I feel like we’re pretty strong in all areas, but our batting and spin bowling is going to be pretty dominant for us and I feel like our pace can take early wickets up front.”

Defending champions Bangladesh were comfortable winners in their most recent warm-up game against Zimbabwe, with their opening Group A game coming against England in St Kitts and Nevis on Sunday.

Skipper Rakibul Hasan, who was part of the victorious 2020 squad, revealed that the squad is starting to adjust to the conditions in the Caribbean.

He said, “The conditions in St Kitts are not that tough, we have been here for two weeks now, so we have adjusted to the conditions and also playing two practice games is good preparation for us, so we are looking forward to playing England and hopefully we can get off to a good start.

“We are focused on our game, yes we are defending champions, but we are looking forward to our game, so we are focused on that and how well we prepare ourselves for the upcoming game and how we can get to the next stage of the competition
“Our senior team has done well in New Zealand which is inspiration for us, so hopefully we will do well in the tournament.”

Bangladesh are not the only team looking to their senior men’s side for inspiration, with Pakistan having captured the imagination on the way to the semi-finals of the 2021 ICC Men’s T20 World Cup.

And those displays have clearly rubbed off on the younger generation, with captain Qasim Akram saying: “The fighting quality the senior team showed at the T20 World Cup in the UAE was an effort that inspired the entire nation including our players.

“We want to continue that inspiration for others because we have an example to emulate in this tournament.They showed great passion and it was a big inspiration to see the team do well and gives us motivation.”

Qasim is appearing in his second ICC U19 Men’s CWC, and like Rakibul, believes that the wickets will suit Pakistan, who are in Group C along with Afghanistan, Papua New Guinea and Zimbabwe.
He added: “The team so far has adjusted very well to the conditions and the wickets.

“The pitches are quite similar to those in Karachi, as they offer turn and generally similar to what we see across most of Pakistan. The pitches feel familiar which is helping the team prepare well and I feel we have adapted well to the conditions.”

Joining Bangladesh and England in Group A are Canada, who will kick off their tournament against the United Arab Emirates, a team they faced twice in the tournament two years ago.

And Mihir Patel, the Canada skipper and only remaining member of the squad from 2020, is desperate to get off to a flying start against the UAE as they search for more consistency against the best teams.

He said, “It’s one win and one loss for us against the UAE so we’re looking to make it two to one. Winning the first game always gives the boys confidence so that is something we’ve been looking forward to doing.

He also added that, “I think our strength is the depth of our team, we have a really balanced team. Our batting order bats really low and we have a lot of bowling options so we don’t rely heavily on one or two players. Our players have shown capability that they can get things done, but it’s about doing it for a longer period of time and making sure we make the right decisions at the right time.”