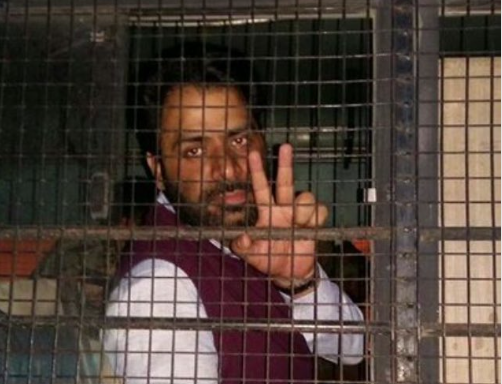 ISLAMABAD: In wake of rising covid-19 numbers within the Indian mainland senior All Parties Hurriyat Conference (APHC) leader, Altaf Hussain Wani has demanded urgent release of all Kashmiri political prisoners who have been lodged in the jails in and outside the Kashmir valley.

In a statement issued here on Thursday, Wani while expressing serious concern over the new spike said that New Delhi was fast becoming a breeding ground for covid-19. Citing media reports he said that Indian Defense Minister Rajnath Singh among 400 parliamentarians and 300 Delhi Police personnel have been tested positive for the virus.

“The rising tide of coronavirus poses a grave threat to the lives of Kashmiris political prisoners who continue to languish in Tihar and other jails for the past several years”, Wani said adding that the Kashmiri prisoners were at high risk as dozens of inmates at Tihar prison have been tested positive for Covid-19.

According to reports, 29 inmates in New Delhi’s infamous Tihar jail and 17 in Mandoli jail were tested positive. The total number of prisoners in all the three jails of Delhi Prisons as of January 7 was 18,528. Tihar has a maximum of 12,669 inmates, Mandoli 4,018 and Rohini 1,841.

Urging the UN and other international human rights organizations to play their role in the release of Kashmir detainees, Wani said that the illegally detained prisoners were facing a grave threat from the virus that continues to creep into India’s overcrowded jails and prisons.