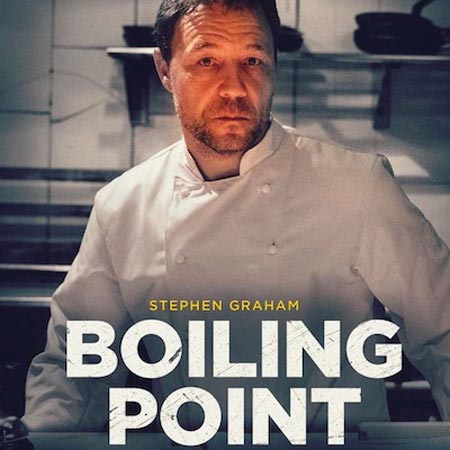 Movies that have the appearance of being filmed in a single continuous take usually raise two questions.

First, is this actually a “one-shot” production? Second, does the format actively benefit the drama or is it merely a gimmick? Alfred Hitchcock famously referred to his experimental 1948 stage-to-screen adaptation of Rope as a “stunt”, and admitted to François Truffaut: “I really don’t know how I came to indulge in it.” More than six decades later, Alejandro González Iñárritu’s wildly overrated 2015 best picture Oscar-winner Birdman felt similarly indulgent – technically dazzling but ultimately hollow.

Perhaps the greatest compliment I can pay actor turned director Philip Barantini’s low-budget Brit pic Boiling Point is to say that I frequently forgot I was watching a brilliantly orchestrated one-shot film. Not that the format isn’t effective – far from it. It’s utterly immersive, conjuring the raw experience of an inexorably accelerating panic attack. Yet, like the 2015 German thriller Victoria, which was similarly captured in an authentic single take, this is first and foremost a gripping and gritty drama in which the spiralling descent of the narrative is enhanced and enriched by uninterrupted digital photography.

Stephen Graham, who was so brilliant in last year’s BBC mini-series Time and who gets an executive producer credit here, is on fire as Andy Jones, the already rattled head chef whose world is teetering on the brink of chaos. We first meet him scurrying through the crepuscular streets of London – late for work and ensconced in some on-the-hoof phone pleading that succinctly establishes the collapse of his family life. In the restaurant kitchen where his arrival is overdue, stalwart team leader Carly and her exasperated colleague Freeman are holding the fort, something that’s clearly become an increasingly common situation of late – another deftly delivered detail.

Andy is overwrought and swearily takes his stress out on others, his anxiety levels stoked by a visit from a patronisingly pernickety environmental health officer. Meanwhile, out in the restaurant, a rogues gallery of customers must be served. They range from a gaggle of social media influencers who are indulged rather than ejected, to an irate, racist patriarch performatively throwing his weight around on table seven. As for the soon-to-be engaged couple on table 13, they’ve flagged up a nut allergy that needs to be prioritised by the already overworked staff.

And then there is Alistair Skye, a celebrity chef to whom Andy is uncomfortably indebted, played with brilliantly passive-aggressive smarm by Jason Flemyng. On the surface, Alistair is all smiles, assuring Andy that “we’re here to support you”, and insisting that he needn’t worry about the feared food critic with whom he has arrived. Yet soon enough, Alistair is taking credit for Andy’s menu and offering smug serving suggestions while making increasingly threatening noises that reveal a deeper, more desperate purpose.

Bifa-winning director of photography Matthew Lewis leads us with superbly unobtrusive skill through this wholly believable hectic world. It’s a world in which everyone has a story, from the nervous young saucier hiding his forearms beneath untucked sleeves, to the game-faced maître d’ weepily phoning her father from the toilets, and the cocky chancer indulging in covert backstreet liaisons by the bins. Subplots about overdue pay increases and overstretched ambitions swirl amid the cacophony of standoffs and service bells, each thread skilfully interwoven into a complex mosaic of individual voices, all rising to a single scream.

The result is a spicy nerve-jangler served with a chargrilled side order of jet-black gallows humour – a divine comedy barrelling towards inevitable tragedy, played out in hell’s kitchen where someone is bound to get burned. In cinemas and on digital platforms.