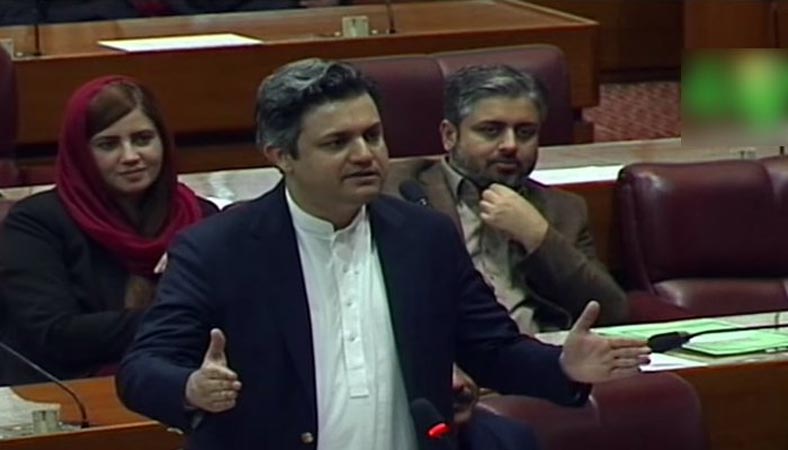 Minister for Energy Muhammad Hammad Azhar Wednesday said the Pakistan Tehreek-i-Insaaf (PTI) government would continue unveiling the corruption of Pakistan Peoples Party (PPP) and Muslim League-Nawaz (PML-N) leaders. “Whatever fuss you create, we will continue unearthing billions of rupees deposited in the accounts of your lower staff, peons and ‘rairhi walas’,” he said while responding to the speech of PPP Chairman Bilawal Bhutto Zardari on the Supplementary Finance Bill, 2021 in the National Assembly. The minister said whenever a person from the treasury benches stood up to reply to the opposition’s statement, the opposition leaders ran away like thieves.

Earlier, the House proceedings remained adjourned for almost an hour due to the disruption caused by opposition on the pretext of ministers’ absence. Hammad said the PML-N was giving the impression that they had left a developed country but in fact they put the economy on the verge of collapse. “All the international credit rating agencies in the last year of PML-N government downgraded Pakistan’s economy, while the same agencies up-graded it again after key structural reforms taken by the current government,” he added. He pointed out that the PTI government had to take very difficult decisions to save the country from being defaulting. It was appreciated from all across the world on the way it handled the COVID situation. “Had we followed the proposals of opposition parties of imposing complete lockdown during the peak of pandemic, the situation would have been worst in the country and the inflation would have been much higher.”

There were numerous countries which, he said, completely closed down their economies on the pressure of COVID pandemic but Prime Minister Imran Khan resisted saying that the poor people would die of hunger if complete lock down were imposed in the country. Hammad said Pakistan’s debt to GDP ratio had declined as compared to other countries during the pandemic. With respect to the Independent Power Producers (IPPs), the minister said Rs 2,300 billion had been saved so far due to prudent policies of the current government on IPPs.

Speaking on the exports of country, the minister highlighted that first the PML-N government brought down the annual export from $25 billion to $21 billion and then ended with $23 billion in its last year. “We are going to achieve the $30 billion export target by the end of current fiscal year,” he added.