ECP to get 3,900 EVMs for Islamabad LG polls 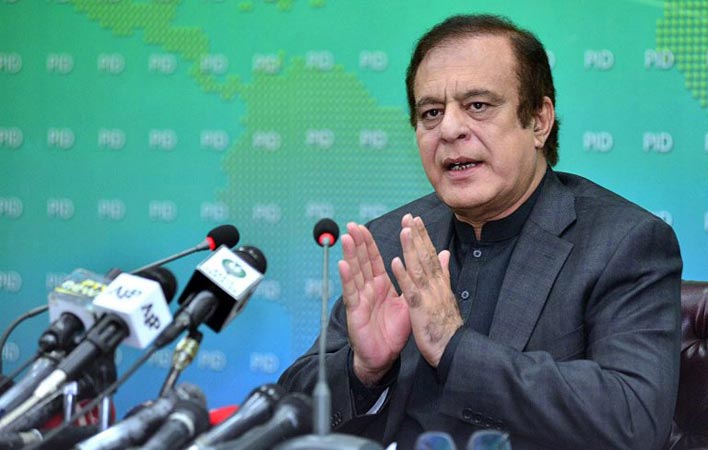 Federal Minister for Science and Technology, Senator Syed Shibli Faraz on Wednesday said around 3,900 Electoral Voting Machines (EVMs) would be provided to the Election Commission of Pakistan (ECP) before the upcoming local government (LG) elections in Islamabad, likely in the month of April.

“A total of 3,100 EVMs were required for the LG elections in Islamabad however additional 800 EVMs to be provided will be for the backup purpose”, he said.

The minister observed that the use of EVM technology in LG elections in Islamabad would be an opportunity of ground testing of this technology for the general elections.

He said use of EVM in the elections would make it undisputed, non-controversial and acceptable for all. “EVM will change the electoral history of the country through ensuring fair and transparent elections”, he added.

About the appointments of heads of the departments working under the ministry, Shibli Faraz informed that the head of National Institute of Electronics (NIE) had been finalized while some names had been shortlisted for the appointment of head of Pakistan Standards and Quality Control Authority (PSQCA). The appointment process of the heads of these two institutions would be completed within 10 days, he mentioned.

Shibli Faraz said National Electronics Technology Park had been inaugurated at the NIE which would change the dynamics of electronics industry in the country.

He said that his ministry had started work on revising the outdated acts of its various departments including Pakistan Council of Scientific and Industrial Research (PCSIR), Pakistan Science Foundation (PSF), NIE and others, in accordance with the latest trends and developments.

About the project of Hemp production, the federal minister said the project would create around 35,000 jobs for the people in the country.

He said proper non-transferable license would be provided for the hemp production to the people for the period of two years. “If the license holder will not come up with any production; his license will be cancelled”, he said.

The minister also mentioned that a new project of STEAM (Science, Technology, Engineering, Arts and Mathematics) would be introduced in the new Public Sector Development Program (PSDP) budget for the primary school children. “Inculcating science knowledge among children from early stages is necessary”, he emphasized.

The minister also pointed out that a You Tube channel had been created with the support of Pakistan Science Foundation to educate the students about scientific knowledge and interventions. About the recently approved Science, Technology and Innovation Policy by the cabinet, the minister said the policy was a roadmap for the progress of Pakistan. The previous such policies were failed due to lacking proper implementation strategy and tools, he said.

The minister also highlighted that the two-day National Science and Technology Expo would be arranged by the ministry from January 28-29 at Pak-China Friendship Center which would showcase the innovative scientific products by different departments, individuals and companies.