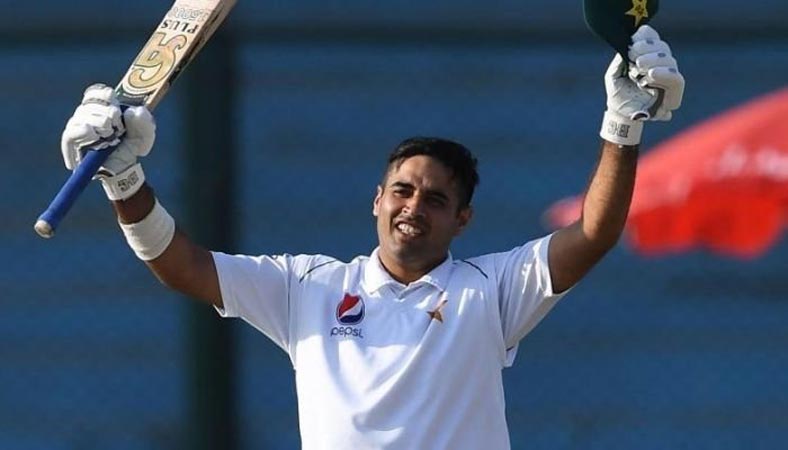 LAHORE: Test cricketer Abid Ali this week began his rehabilitation programme at the National High Performance Centre in Lahore under the supervision of the Pakistan Cricket Board’s (PCB) medical team. The 34-year-old was diagnosed with a case of acute coronary syndrome after he complained of chest pain while batting for Central Punjab against Khyber Pakhtunkhwa in the last round of Quaid-e-Azam Trophy. The team doctor had rushed him to a local hospital where he underwent angioplasty.

“Just like cricket has second innings, the Almighty has given me a second life,” Abid told PCB Digital as he commenced his rehabilitation at the NHPC. “I cannot thank the Almighty enough that I am sitting here today.” Recalling the incident, Abid, who holds a distinguishing record of being the only men cricketer to score century in his ODI and Test debuts, said: “I started to feel uneasiness and pain while batting which worried me. When the pain intensified, I did some running and also consulted my batting partner Azhar Ali. Subsequently and with the permission of the umpires, I left the field. But as I reached the rope, I started to vomit and got dizzy. The team physio and doctor Asad (Central Punjab’s team doctor) ran towards me, took off my pads and rushed me to a hospital,” the player added.

As he was on his way to the hospital, Abid was unaware of what was unfolding. He had taken the pain that he felt in his chest as a usual muscular one, but it was after the doctors put him under tests, the gravity of the situation unveiled. “I was not aware that I was having a heart issue. The doctors conducted ECG (electrocardiogram), which did not come out fine,” he said. He said that the doctors asked me how I was even walking and told me: “A normal person’s heart operates at 55%, while mine was operating a 30%,” adding that they will insert two stents as a valve of my heart was blocked. “That left me in state of shock,” he said. The news of Abid’s sudden illness sent shockwaves through the cricket world.

Abid’s teammate Hasan Ali, the Pakistan’s fast bower, recalled: “It was a very sad news for me and I was literally shocked. I have a very close relationship with Abid bhai. We played first-class together for three, four years from Islamabad region. I was very upset and praying for him.”

Imran Butt, with whom Abid has opened in Test 10 innings and also shared a century stand, said: “It was a shocking news. I share a very special relationship with him for a year and a half now. We did not think it would be such a serious issue. For an athlete to undergo this on-field is rare.” The PCB’s medical team has put together a rehabilitation plan for Abid to help him in his return to cricket for which he is eager.

“The PCB medical team has prepared a rehab plan for me. God willing, I will try to hold the bat as early as I can and start training,” Abid said. “Cricket is my life. It is a priceless aspect of my life that I do not want to leave. I am trying to return to cricket as soon as I can. I am hopeful that I will make my comeback [in cricket] in this new life that the Almighty has given me,” he added. He also gave a message to his fans that “health is wealth”. “My request to all the fans is to get yourself screened regularly. This incident helped me to realise its important,” the player expressed.

To further improve and enhance the effectiveness of the healthcare at venues, PCB Chairman Ramiz Raja has asked the PCB medical team to set up defibrillators at the Karachi, Lahore and Rawalpindi stadium as well as the National High Performance Centre. Ramiz Raja said: “Welcome back, Abid Ali. Many congratulations to you on your recovery as one’s life changes after such an experience. It is your courage that you still have a smile on your face. Such experiences are a learning curve.”