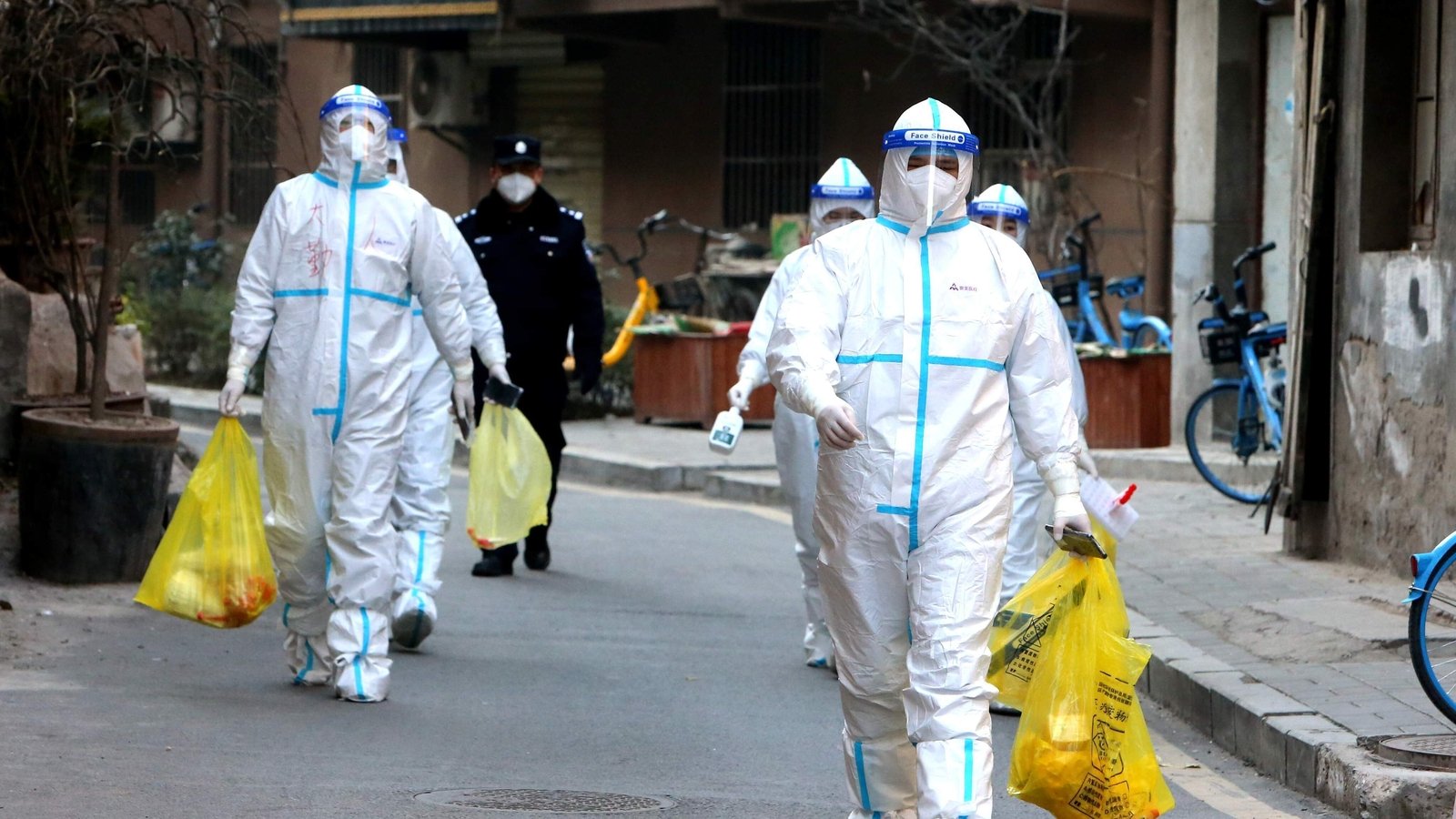 BEIJING: China is battling coronavirus outbreaks in several cities, testing the country’s strict “zero-Covid” strategy just weeks before Beijing hosts the Winter Olympics. Here’s a rundown of the measures in place in key areas of the world’s most populous nation.

Fears are growing about China’s largest domestic Omicron cluster to date in the northern port city of Tianjin, where two confirmed cases of the highly transmissible variant were discovered over the weekend. Local virus prevention official Zhang Ying said Saturday that the strain of virus identified had been transmitting for “at least three generations” — indicating weeks of earlier spread — with the source unclear.

Thirty-three new transmissions were reported in the city on Wednesday, as authorities launched a second round of mass testing for the 14 million population.

Local officials said Tuesday that all 80 patients reported up to that point had received at least two doses of a vaccine.

“We are highly concerned about whether the virus has spilled over to areas outside Tianjin… especially Beijing,” Zhang said in a Monday interview with state broadcaster CCTV, adding that its rapid transmission has brought “unprecedented challenges”.

Residents cannot leave the city without official permission, while an entire district and two nearby townships were locked down. Buses and flights out of the city were cancelled Tuesday, and schools and university campuses have been closed.

While small, the Tianjin outbreak is noteworthy because of the city’s proximity to Beijing just 150 kilometres (90 miles) away. Authorities have stepped up controls over transport links to Beijing, with trains cancelled and highway checkpoints installed. The historic city of 13 million people is in its third week of a strict lockdown as it races to stamp out a 2,000-case outbreak, one of the largest in China for months.

Residents may not leave their homes or travel out of the city, famed for its Terracotta Warriors.

Local authorities have come under fire for their handling of a lockdown that has included supply issues and medical tragedies. A top health official made a public apology last week over the miscarriage of an eight-month pregnant woman, after a viral video of her being refused entry to a hospital without a COVID-19 test prompted outrage on social media. Several cities in the central province of Henan — which lies near Xi’an — have strengthened virus controls in response to hundreds of new infections since late December. The province on Wednesday reported 87 new local cases. It is not clear how many of these are Omicron cases.

Provincial capital Zhengzhou has imposed a partial lockdown and ordered its nearly 13 million residents to get tested. Last week, one million people in Yuzhou city were put under stay-at-home orders.

On Monday, the city of Anyang reported 18 local cases, including two Omicron infections linked to the Tianjin cluster. Authorities have since placed five million residents on lockdown, ordering them to stay at home, while transport links have been cut.

The capital last week sealed off its Winter Olympics “closed loop”, which will cocoon thousands of athletes and Games staff for weeks without direct physical access to the outside world. Anyone entering the bubble must be fully vaccinated or face a 21-day quarantine when they arrive. Everyone inside will be tested daily and must wear face masks at all times.

The city has barred entry to people travelling from places that have recorded Covid cases in the last two weeks and requires all arrivals to show a negative test from the past 48 hours.

After logging a handful of cases in recent days, the southern tech hub just across the border from Hong Kong locked down some housing compounds, launched mass testing of residents and truckers, and shuttered some long-distance bus stations and ferry routes.

“If there was significant manufacturing or logistic shutdowns in China associated with Covid-19 related challenges, that would have a massive impact on the global economic environment,” Thomas O’Connor, a supply chain expert at Gartner Inc in Sydney, told Bloomberg.