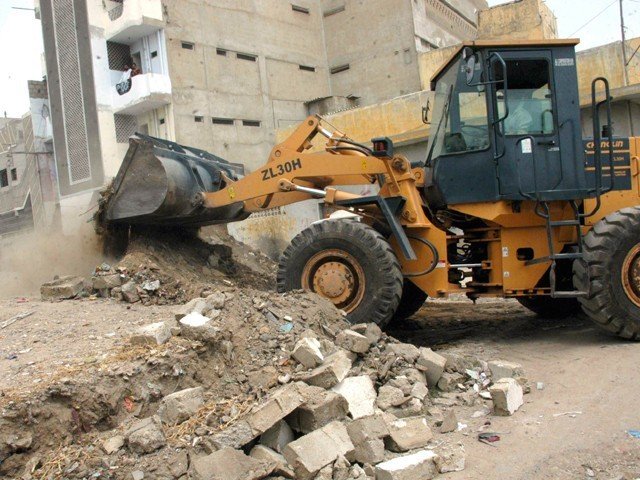 The residents of several cantonment areas have urged the Rawalpindi Cantonment Board (RCB) to remove encroachments, which are creating problems for citizens during day-to-day life. They said that the authorities concerned seemed disinterested in taking action against violators.

Illegal commercial activities in several residential areas of RCB, including Gawalmandi, Chor, Masrial Road, Tench Bhatta, Bakra Mandi and Chungi No. 22 have been witnessed, as encroachers who have occupied streets and roads, create problems for motorists and pedestrians, particularly women and children. A large number of unauthorised commercial units, factories, godowns and offices have also been set up in residential areas.

Almost all unauthorised commercial units lack parking arrangements. This results in vehicles being parked on the roads and severe traffic congestion.

According to the residents of the area, most of the streets in Tench Bhatta, Peoples Colony, Dhoke Syedan, Bakra Mandi, Chungi No. 22, Chor, and Gawalmandi have been converted into commercial centres. Traders have turned houses into workshops, godowns and offices.

Naveed, a resident of Tench Bhatta, said that the majority of such units also lack fire safety arrangements – posing a threat to residents. “There is no check on noise pollution generated by industrial units either,” he complained.

Encroachments have become a major problem not only for the motorists but also for the residents of the area.

Altaf, another resident, said that one could witness traffic jams on Tench Bhatta road as shopkeepers had occupied both sides of the road and left no space for movement of pedestrians.

The authorities concerned are taking no action, he said.