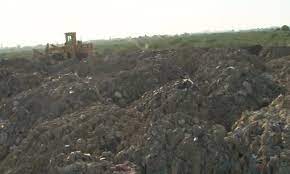 The order was issued during a hearing on the Gutter Baghicha case at the SC’s Karachi registry on Tuesday, which was presided over by Chief Justice of Pakistan Justice Gulzar Ahmed.

CJP Ahmed observed that the land could only be allotted for educational, religious, and welfare purposes under the laws.

“The KMC had allotted 80% of 200-acre land of Gutter Baghicha to its employees,” the CJP said.

At this, the counsel representing the KMC contended that over 300,000 people residing in the society were pleading with the court to reconsider the decision for the sake of widows and their children living there.

He claimed that the pension the residents get was not sufficient for them to build their houses.

“The KMC doesn’t have the authority to allot land directly or indirectly to its employees,” CJP Ahmed remarked.

The court cancelled the Gutter Baghicha land allotment and ordered the Karachi administrator to remove the encroachments on the plots as soon as possible.