‘Cat Power’: ‘Covers’ — the healing work of a singer reborn 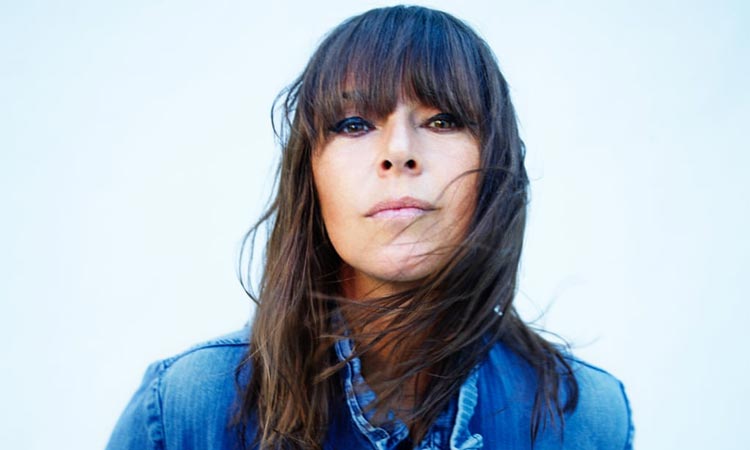 Dancing, ceremony, aural wallpaper: the uses of music are legion. Often, though, succour is key, a kind of aural hug you could elevate to the 10th power when it comes to cover versions.

It would be limiting to cast Cat Power’s three albums of other people’s songs as mere public acts of self-soothing – Georgia-born, New York-seasoned, Miami-dwelling Chan Marshall, three decades in the game, is far too versatile and canny a musician for that. She has eight albums of her own soft-touch incantation under her belt, and a particular aesthetic all her own.

Her sense of space, the way she overdubs and layers her vocals, her predilection for trance-like repetition and the gauzy veils she places between the listener and her band’s instruments, her midlife repositioning as a soul singer of soothing warmth: all attest to Marshall’s ongoing artistic imperatives and technical nous.

But through The Covers Record, Jukebox and now Covers, there is a sense that, for Marshall, other people’s songs provide not just tunes to tune up to, but sustenance and fellow-feeling. These tracks seem very much the aural companions to a life that has rarely been straightforward, even by itinerant musician standards: bouts of ill health, a breakdown. It’s possible Marshall has always multi-tracked her vocals to feel less alone. Now, she has a particularly sonorous band too – veterans of her standout 2018 album, Wanderer – making this record the best-played and arguably the classiest of the series.

If there’s a recurrent theme to this set of diverse covers, it’s probably drinking. By her own admission, Marshall spent the early to mid-00s “living inside a bottle”. On Covers, she pours herself into a couple of famous barfly’s laments. It takes a lot of courage to tackle the Pogues; Marshall takes on A Pair of Brown Eyes, in which two men are wrecked by alcohol, lost love and the vicissitudes of war, armed only with a Mellotron and a couple of microphones. Her own backing vocals maintain a thread of the song’s link to Irish folk.

Here Comes a Regular by the Replacements, by contrast, was on the jukebox at Mona’s, the East Village bar Marshall frequented in her 20s. This Cat Power version ditches guitar for piano, making a very sad song about being a regular – the anti-Cheers, if you will – even more bereft.

Happily, this brace of songs comes at a time when the singer’s fortunes have been on the up, buoyed up by the success of Wanderer, her rebirth. Dropped by her former label, Marshall found a new one, then garnered mainstream plaudits and received generous dues and support slots from a welter of artists.

She’s been tight with Lana Del Rey for some time, a sisterhood reflected on Covers in Marshall’s rendition of Del Rey’s 2017 track White Mustang. The only downside is that few artistic surprises result.

Until Woman – Cat Power’s 2018 female-forward track with Del Rey on backing vocals – Marshall rarely mentioned gender in any pointed way. Here, she also covers the extraordinary It Wasn’t God Who Made Honky Tonk Angels, by the postwar country star Kitty Wells, as a slinky, bluesy roll. Although Marshall’s affection for the song dates back to childhood, it has renown too. Written by a man, JD Miller, but owned by Wells, the song despaired at women being forever blamed for the infidelity of men. In 1952 it took Wells to the top of the Billboard country charts, the first woman to get there solo, amid considerable disquiet from the music establishment. Again, pedal steel and the steady pulse of bass retain the song’s country roots.

It would be unreasonable to complain about a Cat Power album sounding too much like a Cat Power album, especially when this might well be the most well-rounded and sophisticated of her three outings of homage. Marshall’s tendency to abbreviate and deconstruct songs is one of her outstanding assets as an interpreter. Witness this album’s excellent lead track, Frank Ocean’s Bad Religion, or previously, on Wanderer, her cut-up version of Rihanna’s Stay. Yet Marshall’s pointillist take on Nick Cave’s I Had a Dream, Joe, just emphasising certain lines from the song’s narrative, doesn’t land as convincingly as it might.

This record is not samey, exactly. The distance travelled between the Cave cover, or Iggy Pop’s The Endless Sea – all prowly portent – and I’ll Be Seeing You, the closing lament made famous by Billie Holiday, is not insignificant. But the prevailing atmosphere remains one of wistfulness, of lives taking only many left turns. All this is perhaps not surprising, given Marshall’s long-ago backstory and the events of the past 20 or so months. If Wanderer promised more bold artistic statements, Covers pivots on sorely needed understanding. That feeling is relayed in turn to the listener: hugs galore.