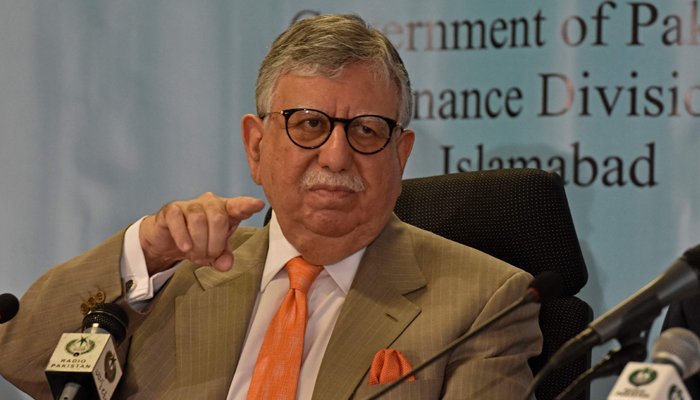 Federal Minister of Finance Shaukat Tarin has threatened to fire the governor of the State Bank of Pakistan (SBP) if he does not cooperate with the government to accomplish growth targets, Daily Times reported.

If the governor of SBP does not provide the necessary backing, the government will bring the SBP bill before Parliament for change, according to the journal. Tarin was flanked by Minister of Energy Hammad Azhar during a media briefing on Tuesday.

“The Parliament is supreme and has the power to change the legislation at any time. However, we do not feel that the Governor SBP will need to be removed from his position.”

He said that the existing slabs would remain intact and no change would be brought to these slabs. With this change in average tariff, the gas prices could go up by 30% but it would be done in a gradual manner comprising many years.

He went on to say that there would be no one-time increase in gas tariffs. He further said that the country had gas reservoirs for ten years and that LNG was used to power 30% of the network. “The scenario will grow more challenging in two to three years,” he admitted, adding that a strategy must be devised now so that the road map for dealing with the coming situation can be finalized.

Shaukat Tarin, Minister of Finance, expressed his hope that no drastic measures against Governor SBP would be necessary. He went on to say, “We don’t expect this situation to ever arise.” The federal government would designate eight members to the SBP Executive Board, which would be in charge of developing the plan.

The minister was of the view that the mini-budget known as the Tax Laws Supplementary Bill would not add misery in the lives of the common people of Pakistan as most of the sectors where the GST exemptions were withdrawn, would be provided refunds and input adjustments. The minister said that the mini-budget was aimed to ensure documentation of the economy by removing distortions in the tax system.

In terms of the SBP’s autonomy, he stated that in the past, governments received Rs6,000 billion from the central bank at a zero interest rate. Dr. Faisal Sultan, the Prime Minister’s Special Assistant for Health, told journalists that the fresh wave of COVID-19 would add pressure next week, but that the health system would not be burdened as it had been in the past.