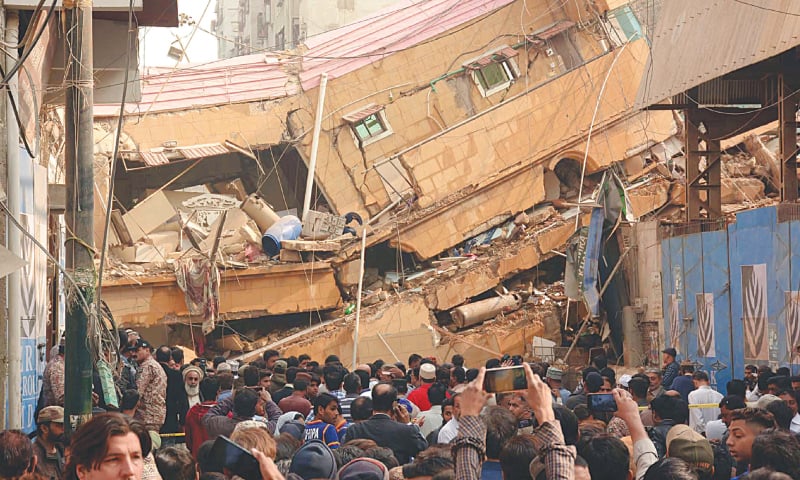 The roof of a house in Peshawar collapsed early Wednesday, killing five people, including a mother and her daughters, and injuring two others, Daily Times reported.

The event happened in the early hours of Wednesday in Inqilab Colony near Tahkal on Arbab Road, when the top of a mudhouse collapsed with a thud, burying seven individuals beneath rubble.

The residents were rescued from the wreckage by Rescue 1122 and taken to Khyber Teaching Hospital, where doctors confirmed five of them dead.

Many structures have been harmed by recent heavy rains. During the first severe rains of the winter, dozens of people were murdered and many more were injured.