Growers advised to save mango crop from frost 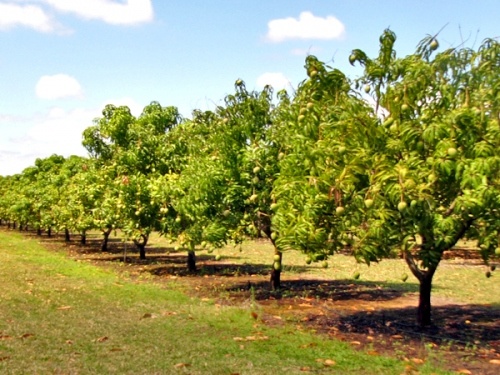 MULTAN: The agriculture department advised farmers to opt for light irrigation of their mango orchards at night in case of chances of frost to save mango plants from adverse impact.

Pakistan is ranked as the 6th biggest country in terms of mango production as the fruit was cultivated over 170,000 hectares in the country.

Abdus Samad observed that frost could damage the plants to a greater extent. He said that farmers should avoid irrigation in case their plants did not bear fruit last year and may have carbohydrates in excess.

The AD said that when plants meet flower stage prematurely and early due to higher temperature during the daytime and resorted to water application, which further supported the flowering stage instead of stopping it. He further said that such plants or orchards, should not get water. However, light irrigation can be done on frosty nights to save plants from frost, he said.

“Farmers should also beware of mango mealybug. He added that female mealybug lays eggs in the soil and its population start in December every year and they climb up the trees to suck the juice.”

He instructed farmers to incorporate some safety hurdles on the trunks of mango trees to prevent the pest crawl up to the upper part of the trees.

The branches of trees touching or approaching ground should also be trimmed for prevention of mealy bugs’ access, Samad said.