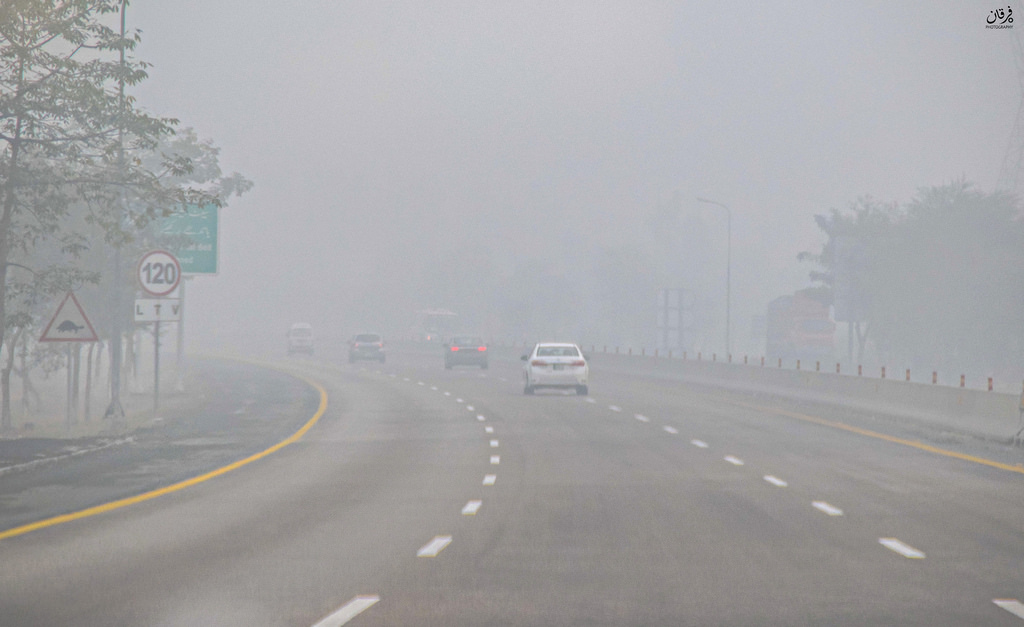 In some places, the fog was so thick that nothing could be seen from more than a few metres away.

The early morning rush to work and offices was also severely interrupted, causing traffic congestion in cities and highways.

The highways were shut down last night, and there was no indication that they will reopen early on Tuesday morning. The dense fog also disrupted airport flight schedules.

Motorway Police and National Highways (MP&NH) spokesperson said motorways were engulfed by the dense fog. Visibility was down to a very low level in a number of cities including Umarkot, Matyari, Narowal, Sahiwal, Gujrat, Kharian, Jhelum, Tilla Gang, Okara, Pakpattan and Arifwala.

Traffic on national highways was also disrupted badly and flights operations at Lahore, Faisalabad and Sialkot were disturbed.

Road users must use front and rear fog lights when travelling, according to the Motorway Police. The fog descended on the plains as snowfall in the Northern Areas continued to blanket the high mountaintops.

According to the Met Office, the weather in Lahore will stay extremely cold but dry for the next 24 hours. Smog levels in the city have also decreased as a result of the recent rains.