* Fawad says had PML-N executed development projects in Murree during its tenures, people would not have faced such a tragedy today 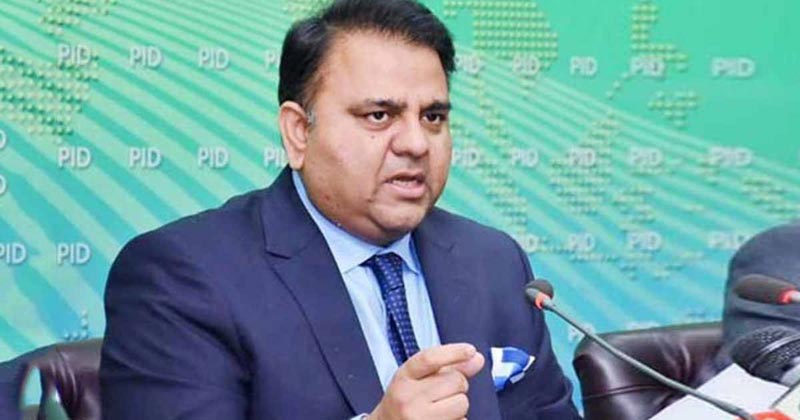 Minister for Information and Broadcasting Chaudhry Fawad Hussain Monday regretted that Leader of Opposition in National Assembly Shehbaz Sharif had nothing to offer except jugglery on the Murree snowfall tragedy that claimed many precious lives.

Participating in the debate on Murree incident in the National Assembly, the minister said Shehbaz Sharif was a ‘habitual juggler’, who should have avoided doing politics on tragedies. Shehbaz, he said, remained in power for almost 30 years but could not become a leader. “Today’s ‘Pablo Escobar’ is reminding us that Nero, a Roman emperor, was asleep.”

Had the Pakistan Muslim League-Nawaz (PML-N) executed development projects across Punjab, including Murree during its governments, today the people would not have faced such a tragedy, he added. The Sharif family had just focused on building their own empires as all kinds of development remained limited to their homes.

The minister said no other political party except the Pakistan Tehreek-e-Insaf (PTI) participated in the rescue and relief operation carried out by different departments. “We have promised a new Pakistan and by the grace of Allah Almighty we will continue building a new Pakistan under the leadership of Prime Minister Imran Khan,” he said.

Fawad said everyone was saddened over the Murree tragedy. The PTI’s leadership and local workers remained actively engaged with the rescue and relief teams for safe and timely evacuation of the snow-trapped people. “We are proud that our workers, including the Punjab chief minister, federal ministers, MNAs and MPAs of Pakistan Tehreek-e-Insaf stood with the people in Murree,” he said acknowledging the services of civil administration, Pakistan Army and others institutions for conducting a swift rescue operation in Murree and evacuating trapped people.

In contrast, he said, former prime minister Shahid Khaqan Abbasi and PML-N workers were not seen in Murree as they did not bother to go there. The minister said around 164,000 vehicles had entered Murree in five days. The rescue operation was carried out within 24 hours and all the roads were cleared without any undue delay.

Recalling the tenure of PML-N government, Fawad said occurrence of a tragedy was a routine matter. Almost 100 children had died due to lack of oxygen in a hospital and the then government just remained a silent spectator. While in the Model Town tragedy, innocent people were shot dead and Shehbaz Sharif said it was not his job to stop their killing, he added.

The minister said the PTI government had promoted tourism in the country and built 13 new tourism resorts in three years, while Prime Minister Imran Khan launched the Billion Tree Tsunami Programme. Today a revolution had taken place in the field of tourism in Pakistan, but the opposition was trying to teach the government what to do for the promotion of tourism, he added.

A new reality of domestic tourism, he said, had also emerged in the country, and by the grace of Allah Almighty, millions of people were benefiting from the sector today. “We need such an administrative structure that can meet the requirements of a large population.”

The minister said the PTI government was clearing the fuss created by the past regimes in every field, including economy, administration and tourism. Fawad expressed confidence that Pakistan, by the grace of Allah Almighty, would progress under the dynamic leadership of Prime Minister Imran Khan, and the opposition would keep on repenting in remorse for the next seven years.