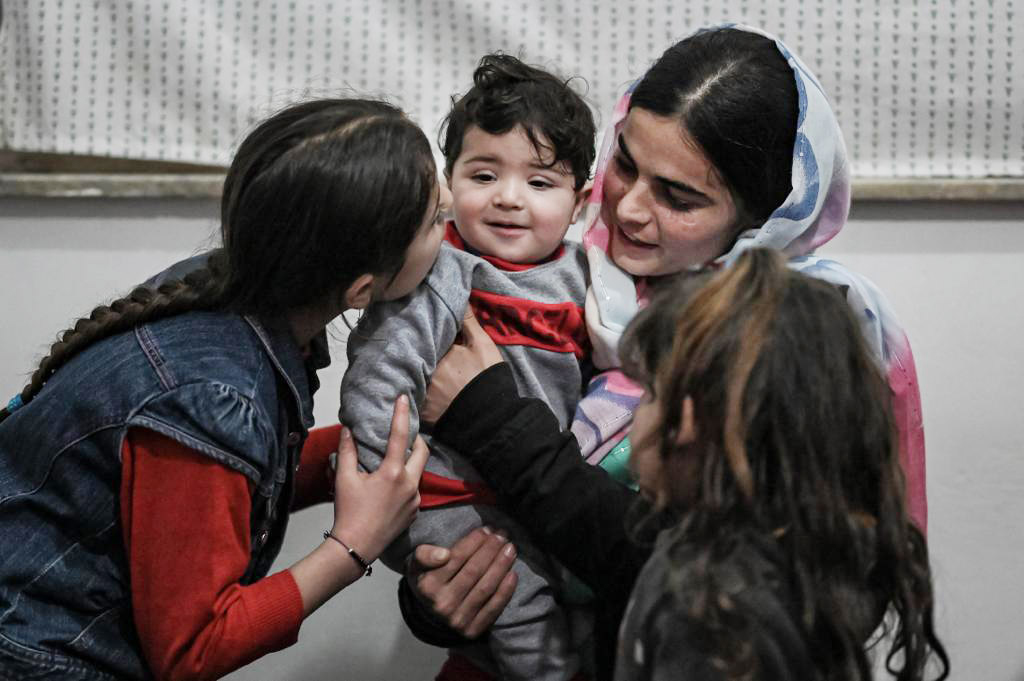 A baby lost during the chaotic evacuation of tens of thousands of Afghans at Kabul airport has been reunited with his relatives after five months, his elated grandfather has said. The boy’s father handed two-month-old Sohail Ahmadi to a foreign soldier among jostling crowds desperate to flee the Taliban after the group seized the capital in mid-August. The pair were separated, and what happened next is unclear — but taxi driver Hamid Safi said he found the baby crying and alone on the floor of the airport the same day.

“I took him to some women to breastfeed him but they would not […] I kept looking for his family,” said Safi, who had gone to the airport to help his brother with evacuation.

“I then called my wife and she said to bring the baby home.”

The couple said they kept searching for the boy’s parents but on failing to find them, gave him the name Mohammad Abed and began to care for him.

“If we had not found his family then we would have protected and raised him as our own child,” Safi, 29, told AFP.

Meanwhile, Sohail’s father Mirza Ali Ahmadi searched for three days at the airport for his missing son, finally choosing to board a flight to the United States with his wife and four other children.

Kabul’s only airport was trashed in August when tens of thousands of people scrambled to evacuate on any available flight as the United States wrapped up their withdrawal from Afghanistan after 20 years of war. Many Afghans feared a return to the Taliban’s hardline rule of the 1990s or retribution for working with the US-backed government or foreign forces. It was only days ago that relatives of Sohail’s were tracked down in Kabul with the help of social media and police, and the boy was handed to his grandfather in a heart-wrenching goodbye for the Safi couple and their three daughters.

“I felt responsible for him like a mother,” said Safi’s wife Farimah. “He used to wake up a lot at night […] Now when I wake up he is not there and that makes me cry.

“I’m a mother. I understand he will not be with us always and he needs to be with his parents,” she told AFP.

Her husband said handing back the baby was “very difficult” and he was sorely missed.

On Sunday, Sohail’s grandfather Mirza Mohammad Qasemi invited the Safi family to his home in Kabul to spend time with the boy, who was showered with affection.

“They looked after him for five months and were very attached to him,” he told AFP, adding that the couple had initially been hesitant to hand him over.

Qasemi, who said he too had been searching for his grandson, is excited that Sohail will now be able to join his parents in the United States.

“It was hard for my daughter. She was crying and not eating anything,” Qasemi said, wiping his tears as he watched Sohail sleep in Farimah’s lap.

Until Sohail joins his parents he will be looked after by his aunt, Qasemi said.

“We were in a bad condition these past five months […] But when we found our baby we were happy that God had given our child back to us,” father Ahmadi told AFP by telephone from America.