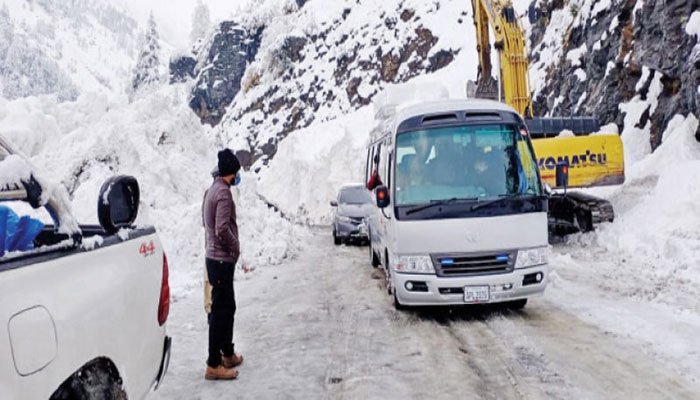 MANSEHRA: The district administration has restricted the entry of tourists into Kaghan valley and Shogran to avoid any untoward incident.

“The entry of tourists into Kaghan, Naran and Shogran has been banned due to bad weather and heavy snowfall,” said the notification. It further said that the entry of the tourists beyond Balakot was banned till further order.

A notification issued by the deputy commissioner, Dr Qasim Ali Khan, said that the bad weather could trigger landslides and fatal accidents and that was why the entry of the tourists beyond Balakot has been restricted.

Meanwhile, the Kaghan Development Authority has started clearing the snow from the Mansehra-Naran-Jalkhad road. “The roads have been cleared for the light traffic up to the Suki Kinari Hydropower Project,” Mohammad Mohazam, the KDA’s inspector told.

He said that the tourists should avoid travelling to Kaghan valley as it could be dangerous during inclement weather and snowfall.

The people have demanded the government to clear the blocked roads to end their sufferings.