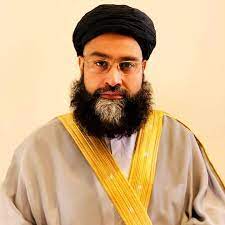 MULTAN: Special Assistant to Prime Minister on Interfaith Harmony Allama Tahir Mehmood Ashrafi on Sunday said that the government believes in resolving issues through dialogue, and the nation must stand against extremism.

He said this while addressing a ceremony held for the promotion of interfaith harmony under the auspices of the South Punjab Multi-Stakeholder Working Group and Signify organisation.

During the ceremony, the SAPM also spoke about the Murree calamity, where stranded tourists passed away in their cars. He regretted the incident and appealed to the people to avoid sharing the pictures of the deceased on social media, hinting at punishment for those who express negligence in this regard.

Ashrafi also paid tribute to the Pakistan Army for rendering swift services to those stranded in extreme weather in the hill station.

The SAPM also lauded the gesture shown by different religious seminaries to serve the people. He added that seminaries would be linked to the Ministry of Education.

Ashrafi also hailed the Organisation of Islamic Cooperation (OIC) foreign ministers’ meeting in Islamabad, terming it as a huge success of the federal government and the Ministry of Foreign Affairs as the whole Muslim Ummah stood united on the issue of Afghanistan.

Regarding forced marriages, he categorically stated that there is no concept of forced marriage in Islam, adding that the religion gives women right to contract marriage of their own choice.

Responding to a question about government’s viewpoint about Madinah Masjid, the SAPM said that the government, through the attorney general, presented its viewpoint. He, however, hinted that mosques and graveyards could not be demolished with any “Sharie” reason.

During the ceremony, Federal Parliamentary Secretary on Finance Zain Qureshi praised the South Punjab Multi-Stakeholder Group for its efforts to promote peace in the region.