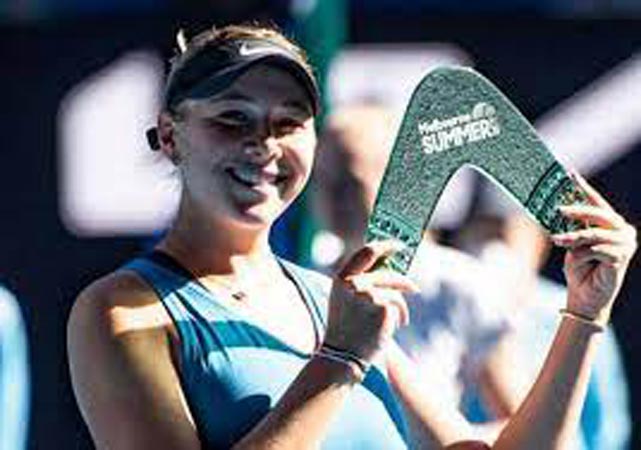 MELBOURNE: American Amanda Anisimova gave herself a big confidence booster heading into the Australian Open by battling past Belarusian Aliaksandra Sasnovich to clinch the Melbourne Summer Set title on Sunday. The unseeded world number 78 overcame a mid-match slump and treatment to her left leg to win 7-5, 1-6, 6-4 for only her second-ever WTA Tour crown. Her previous one came at Bogota in 2019 as a 17-year-old, the youngest American to clinch a title since Serena Williams at Indian Wells in 1999. “I’m in such a good headspace now after an incredibly tough year,” said Anisimova, who missed the Australian swing last year after testing positive for Covid. “It’s so good to start off the year in a good place and winning a title, I honestly couldn’t ask for anymore.” A win appeared unlikely for the 2019 French Open semi-finalist when she lost the second set and went 3-0 down in the third, but she battled back to deny qualifier Sasnovich her first title. There are two simultaneous WTA events being run as part of the Melbourne Summer Set in the lead-up to this month’s Australian Open.