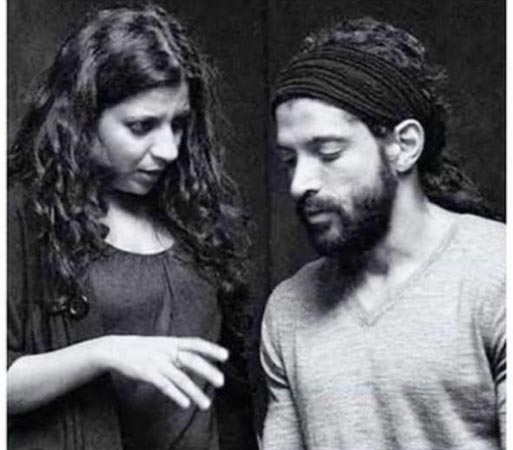 On Sunday, the Zindagi Naa Milegi Dobara director turned to her Instagram and shared a throwback picture with Farhan. She also penned down a heartfelt note for him, that reads, “Listen To Me, This Is Going To Be The Best Year Of Your Life #happybirthday #bestbirthdayever #bestboyever #iloveyou @faroutakhtar.”

The shared black and white picture is seemingly taken on the sets of one of their film projects. The sibling-duo can be seen dressed casual attire as the random moment was captured in camera. The throwback picture received love from fans. Reacting to the post, Farhan’s ZNMD co-star Hrithik Roshan wrote, “It is it is it is !!” Farhan’s longtime girlfriend and model Shibani Dandekar also commented, “IT IS! Go get em F!” on the post. Farhan and Zoya have collaborated on several hit projects. The duo is, once again, all set to work together on upcoming film titled, Jee Le Zaraa. The film starring Katrina Kaif, Priyanka Chopra and Ali Bhatt will bring Farhan back to the director’s chair. The story is being co-written by Zoya Akhtar and Reema Kagti.