* The actor believes her series is beyond just the dysfunctional family 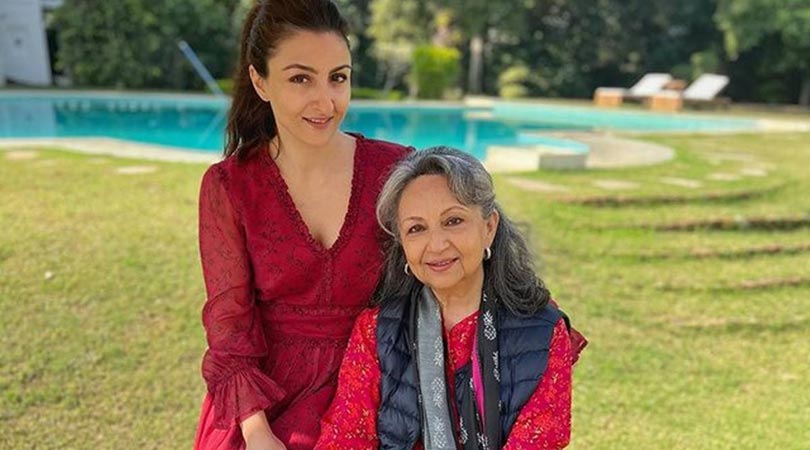 Soha Ali Khan is a part of ZEE5’s Kaun Banegi Shikharwati, that is about a dysfunctional royal family that is looking for its next heir.

In a conversation with indianexpress.com, the 43-year-old spoke about the series and how she believes no family is perfect, not even her own. “I want to be introduced to a family that is not dysfunctional,” she said, adding, “I don’t think a perfect family or normal family exists. I believe every single person is a bit mad. If you get a glimpse of our life beyond what is there on Instagram, you will see how crazy Kunal, Inaaya and I are when in a room together,” she said. Soha got married to Kunal Kemmu in 2015. The two welcomed daughter Inaaya Naumi Kemmu in 2017.

The actor believes her series is beyond just the dysfunctional family. “Kaun Banegi Shikharwati is also a story about actual human emotions. It is about a father struggling to keep his four daughters together. It is also about four sisters, who are competing with each other but love each other. The dynamics of each relationship is different and interesting,” she said.

In the series, Soha shares the screen space with Lara Dutta, Kritika Kamra and Anya Singh. The series also stars veteran actor Naseeruddin Shah. Interestingly, in the past, the actor has had the fortune to work with her mother Sharmila Tagore and legendary Waheeda Rehman in Life Goes On and Rang De Basanti, respectively. When asked what has she learned from the veterans, Soha said that while she learned a lot from Naseeruddin Shah, working with Sharmila Tagore is “terrifying.”

“I have worked with my mother in a film called Life Goes On, which was terrifying. To do one advertisement with her, I feel very scared. Her standards are very high. Everything from costumes to design to matching shoes, she does it all in two weeks in advance. And when it comes to me, my clothes inevitably have some dal stain or something and I am least bothered,” Soha laughed.

“Naseer saab, on the other hand, is very good at teaching because he does theatre and directs young actors all the time. If you work with him, all you have to do is keep your eyes and ears open, and you will come away richer in experience. And that certainly happened. We all learned something from him. I luckily got to spend a good amount of time, on and off the screen. Two-three scenes with him are quite intense and almost confrontational,” Soha expressed and went on to explain that she had to deliver a three-page monologue in front of Naseeruddin Shah in a scene.

“I had to do this whole monologue in front of him where he is really staring at me. I was very nervous about it. It was a good three pages dialogue. I remember when it was over and we met over dinner later, he called me aside and said, ‘I wanted to tell you that what you did today, you would never be able to do it again. You were relaxed. You learned your lines well. And because you were not nervous, that is when the magic happens.’ These were also the lessons he taught me – to learn the lines, be well-prepared. I learned that it enables to enjoy the character and bring in some elements,” the Tum Mile actor recalled.

But when it comes to her mother, Soha said that she has always advised her to follow just one piece of advice, which is of her director. “My mother, on the other hand, told me that there is only one director and that there is no point for her to tell me anything. I remember, during Rang De Basanti, I had asked her how would she attempt the character I played. And she said, ‘You have to listen to only one person – the director, Rakeysh Omprakash Mehra. You must follow his lead.’ That is also useful because if you keep taking several inputs, you can get confused.”

Meanwhile, on the work front, Soha is extremely excited to be back to work after three years. She also voiced her opinion on the emergence of the OTT platform.

“It has provided more opportunities. Writers are being celebrated like never before. Now, more than the actors and the directors, people look for who wrote the show or the film. As a female actor in the early 40s, the arrival of the OTT platform is fortuitous. I disappeared for good three years where I was invested in just being a parent. Now, I am ready to go out there and do something. And luckily, there are opportunities out there. Whereas a generation ago, I would have found nothing to do. You’d have to wait till 50 to play a mother. But now, OTT has opened up a whole realm. Anybody can make a film, anybody can act. It is wonderful to have an opportunity,” she concluded.

But can we call it a new beginning to her career? Soha wrapped the conversation by saying, “I don’t see my life in phases. I generally follow my heart and do what makes me happy.”