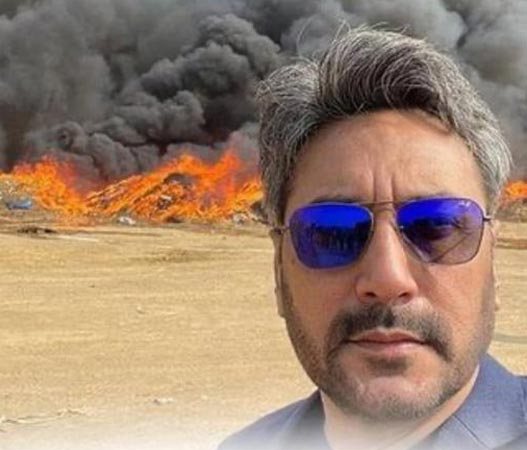 Whether you’ve kept up with Adnan Siddiqui’s work or not, we all know that selfie by now – it’s been burnt into our memories and it looks like some people have gone a step further and taken inspiration from it. Actor Aijaz Aslam posted a selfie at the same angle, attempting to recreate the viral meme.

Aslam posted his selfie with flames in the background and “dedicated” it to Siddiqui.

The Meray Paas Tum Ho star was quick to respond with laughter. Actor Ushna Shah also joined in on the fun.

He and Aslam also had an exchange on their Instagram Stories where Siddiqui shared the recreation. “May you get noticed and become a viral meme! The inspiration, though, will always be me,” he said. The internet never rests – it quickly got to work and Aslam shared some of the memes.

Siddiqui has taken all the memes and jokes in his stride. He even re-shared Ali Gul Pir’s parody, saying “Well, when your memes start trending all over social media, you have moved up the ladder.” He added that perhaps he should “keep on doing amusing things to give fodder to meme industry.” More recently, he shared a video of himself trying to unsuccessfully light his stove and saying that the memes have taken all the fire. He thanked his fans and meme makers, saying they ended his “work trajectory and celebrity quotient”, transforming him into a star through one meme after years of him trying to do that through his work. Like Siddiqui in his video, to meme makers we say, bring it on! We’re definitely enjoying the content.